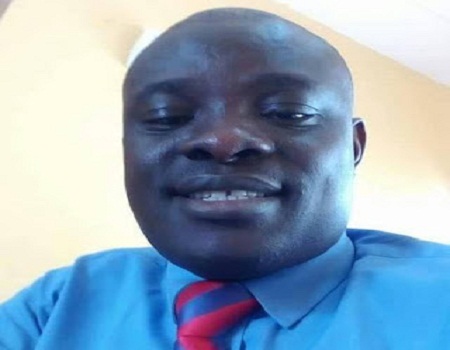 Resident Electoral Commissioner, Oyo State, Mr. Mutiu Agboke, on Monday, disclosed that but for resilience and commitment to due process, collation of results of elections could have been stalled and election rendered inconclusive in the state.

Agboke explained that he, alongside his electoral officers across the 33 local government areas of the state, faced temptations, threats, blackmail, pecuniary offers, challenges during the collation process, and almost ran away, at some point.

Agboke made these disclosures when he received the “Hero of democracy” award of Noble FM, an Ibadan based private radio station, at the state office of the Independent National Electoral Commission (INEC), Ibadan.

The award, presented by the general manager of the radio station, Mr. Ade Adekanmbi, was in recognition of Agboke’s firmness in compromising situations, the strong sense of loyalty to duty and dedication to the furtherance of what is right.

Recounting his personal ordeal, Agboke said when the challenges got to a head, he called National Chairman of INEC, Professor Mahmood Yakubu for help, but was mandated to continue the collation and do what was right.

He added that the threats to compromise during collation included the kidnap and locking up of INEC staff though they were later rescued.

“I remember that during the collation of one of the results, there were issues and I needed to call my Chairman. I told the Chairman that I was going to run away.”

“He laughed over the phone and asked me to continue the collation and do the right thing. He told me this four times.

“After the call, I became emboldened, returned to this hall appearing like wildfire. Then, I told the returning officer that we are not leaving this hall until we conclude the collation, and we did.

“I do not want to talk in specific terms but let us forge ahead. The important thing is that we have conducted the election and we did not allow any form of temptation, in any form, to override our statutory duties. The fact is that we had challenges and these challenges were in various forms, but we surmounted them.

“If I allow our electoral officers to share their experiences, you really will hear some bad ones. But, as very challenging as those experiences were, they came out of it.

“One of them is here, she was weeping on the phone when she called me that our staff had been kidnapped and locked inside some rooms and that they were unable to rescue them. We needed to go out and rescue them.”

“At a point, there was blackmail that we were supporting some people and we told them that we do not have a political party.

Even if you attended the same school as the candidate or his wife, that does not make us partisan and we proved that to the public and we are confident that our conscience is clear.

“I can sleep very well, nothing is pursuing me and I am not running after anything.

“We have done our duty, honoured our conscience to the people that there is better hope for the people of this country. Beyond pecuniary gains, beyond material gains, we can do the right things,” Agboke said.

Ahead of the 2023 election, he said it was high time politicians respected the voting power of Nigerians and thereby address the yearnings of the masses.

He assured that INEC was poised to improve upon the electoral process in subsequent elections.

Agboke further disclosed that the governor, deputy governor-elect and elected House of Assembly members will receive their certificates of return on Wednesday.

The post I was going to run away during collation of Oyo election results ― REC appeared first on Tribune Online.