You are here
Home > 2019 elections > I will be governor for all, says Oyo guber-elect, Makinde 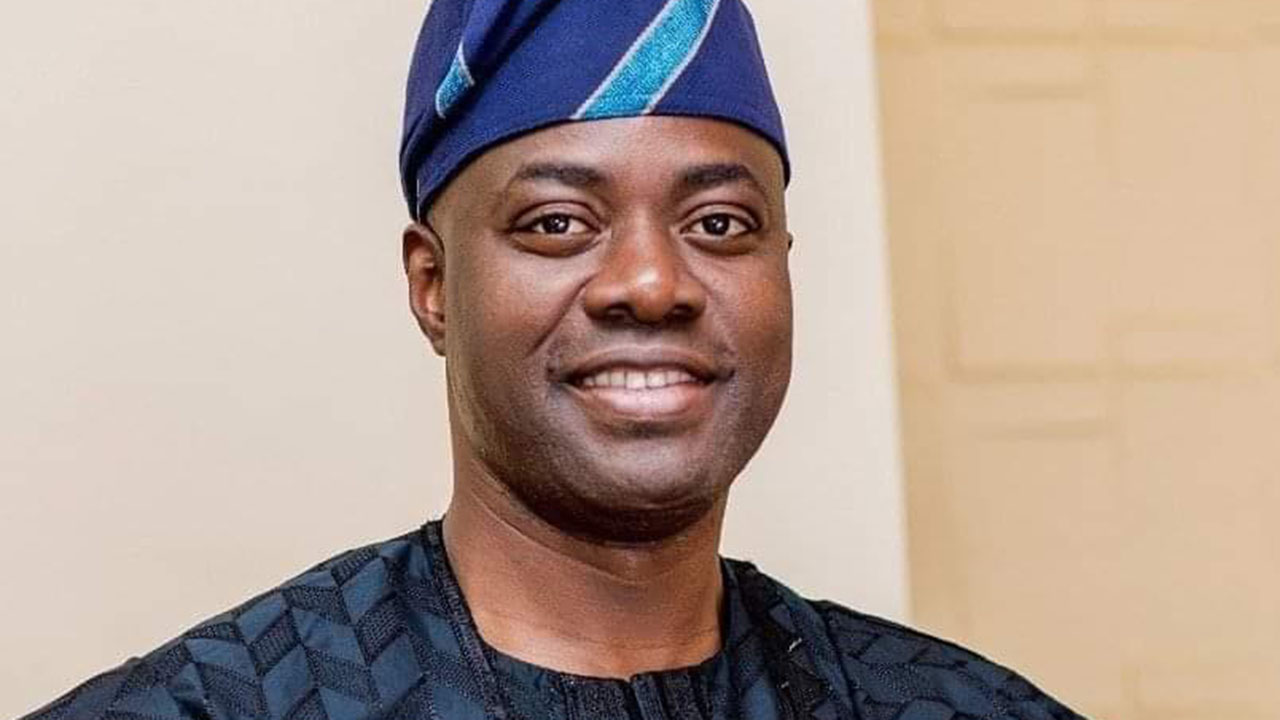 The Oyo State governor-elect, Seyi Makinde, has promised to be governor for all by providing good governance for every resident of the state.

Makinde made the promise yesterday while addressing journalists at his Ikolaba House in Ibadan, the state capital.

The governor, who was declared winner of Saturday’s gubernatorial election on the platform of the People’s Democratic Party (PDP), defeated the candidate of All Progressives Congress (APC), Chief Adebayo Adelabu.

He promised to fulfil his electoral promises and that his administration would not be based on ethnicity, adding that those who did not even vote for him would benefit from his good governance.

Makinde lauded the people of Oyo State for their valour and determination, which according to him, lead to his triumph and victory.

In a congratulatory message, Special Adviser to the Governor on Communication and Strategy, Mr. Bolaji Tunji, quoted the governor as saying that now that the elections are over, Makinde should ensure that all stakeholders were carried along in his administration.

The governor urged him to start getting prepared for the onerous task of governance by putting behind him all the electioneering acrimonies and prevail on his followers and supporters to guard against acts and utterances capable of igniting crisis in the state.

Ajimobi said: “In the last eight years, we have ensured adherence to the rule of law. We have done a lot to ensure the growth and development of our dear state through our visible unprecedented achievements as acclaimed by the masses of Oyo State and the outside world.

“While congratulating you and wishing you a successful tenure, I enjoin you to focus on the sustained development of our state in the areas of peace, security, as well as safety of lives and property that the state has enjoyed in the last eight years.

“I extend to you the right hand of fellowship and promise to avail you my wealth of experience on critical developmental and governance matrix for the continued growth of our dear state and for the betterment of the lives of the entire citizens of the state.”

In the same vein, the Conference of Nigerian Political Parties (CNPP) in Oyo State has congratulated the governor-elect, Makinde and his deputy.

This was contained in a statement made available to journalists by the Secretary of the group, Mikel Angel, in Ibadan yesterday.

“We the entire members of Conference of Nigeria Political Parties (CNPP), Oyo State, wish to sincerely congratulate Oyo State Governor-Elect Seyi Makinde, your Deputy, the coalition leaders, family and friends and the good people of the state on your landslide victory in the March 9, 2019 gubernatorial polls in Oyo State.

“We also congratulate all the legislators-elect on their success at the polls,” the statement said.

The group, therefore, urged him to form an all-inclusive government without delay and not reneging on the pre-coalition agreements with the key stakeholders.