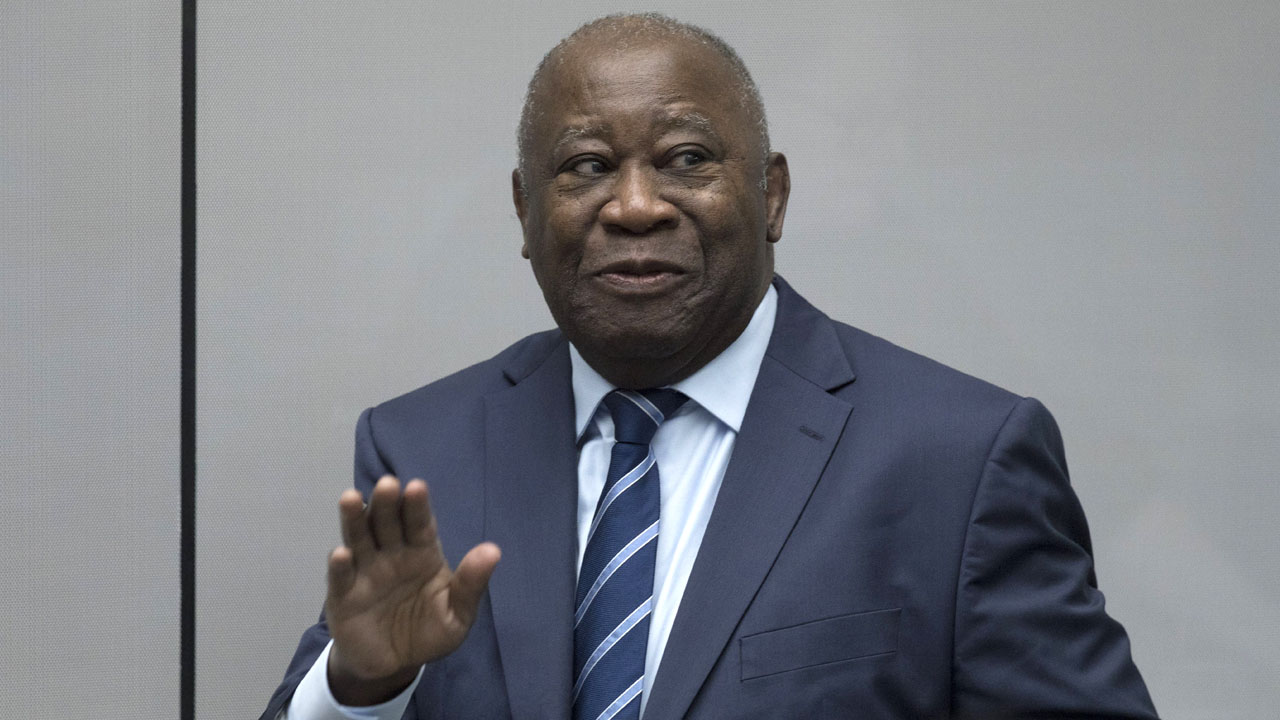 Former Ivory Coast President Laurent Gbagbo enters the courtroom of the International Criminal Court in The Hague on January 15, 2019, where judges were expected to issue rulings on requests by Gbagbo and ex-government minister Charles Ble Goude to have their prosecutions thrown out for lack of evidence. – The International Criminal Court on January 15 acquitted former Ivory Coast president Laurent Gbagbo over post-electoral violence in the West African nation in a stunning blow to the war crimes tribunal in The Hague. Judges ordered the immediate release of the 73-year-old deposed strongman, the first head of state to stand trial at the troubled ICC, and his right-hand man Charles Ble Goude. (Photo by Peter Dejong / ANP / AFP) / Netherlands OUT

The International Criminal Court on Wednesday dashed Ivory Coast ex-president Laurent Gbagbo’s hopes of a swift release following his acquittal on charges of crimes against humanity.

Trial judges had earlier ordered Gbagbo and his right-hand man Charles Ble Goude to be immediately freed after clearing them of any role in a wave of post-electoral violence in 2010-2011 that killed 3,000 people.

Celebrations erupted outside the court and Gbagbo’s daughter said he planned an emotional homecoming to the Ivory Coast, after seven years in detention.

But prosecutors filed a last-ditch challenge late Wednesday to keep the pair behind bars while the ICC looks at an overall appeal against Tuesday’s decision to acquit them.

“Pending the decision of the appeals chamber on this prosecutor’s request… Mr Gbagbo and Mr Ble Goude shall remain in ICC custody,” an ICC spokesman said.

The Ivorian pair can themselves appeal by a deadline of 1100 GMT on Thursday.

Prosecutors say there is a risk that if released now, Gbagbo and Ble Goude will refuse to return to face justice if the court later decides to overturn their acquittal.

The court’s decision to clear the two men had come as a major blow to ICC prosecutor Fatou Bensouda, as it was the latest in a series of failed cases against former African leaders.

Gbagbo and Ble Goude have been on trial since January 2016 over the bloodshed that gripped the former French colony after Gbagbo refused to concede defeat to his bitter rival, and now president, Alassane Ouattara in a presidential vote.

Judges stopped the trial midway on Tuesday due to an “exceptionally weak” prosecution case, and earlier on Wednesday they rejected an initial bid by prosecutors to keep Gbagbo behind bars.

‘Overwhelmed with joy’
Gbagbo’s daughter Marie Laurence had said her father planned to return home after his release.

“We are so overwhelmed with joy, we are proud of Dad. He went through it with dignity,” she told reporters outside the ICC following the earlier decision.

“We think that it was for a cause and that the message was clear — an innocent standing for Africa. Justice prevailed, the truth came out,” she added.

“We assume that the plan is to go back to Ivory Coast. We don’t know how long it will take for all the paperwork.”

“Any decision lies with him. We have no comment to make otherwise,” said government spokesman Sidi Tiemoko Toure when asked about a Gbagbo homecoming.

He added that the government “urges calm, forgiveness and reconciliation” and that Ouattara “and the government are thinking of the victims” of the crisis.

Ivory Coast faces fresh elections in 2020 to elect a successor to Ouattara, who has said he will not stand for re-election after serving two five-year terms.

Gbagbo has been behind bars since 2011, when he was captured by Ouattara’s troops, aided by UN and French forces, and sent to The Hague.

Violence after the November 2010 election turned Abidjan into a war zone and destabilised the African economic powerhouse, the world’s largest cocoa-producing nation.