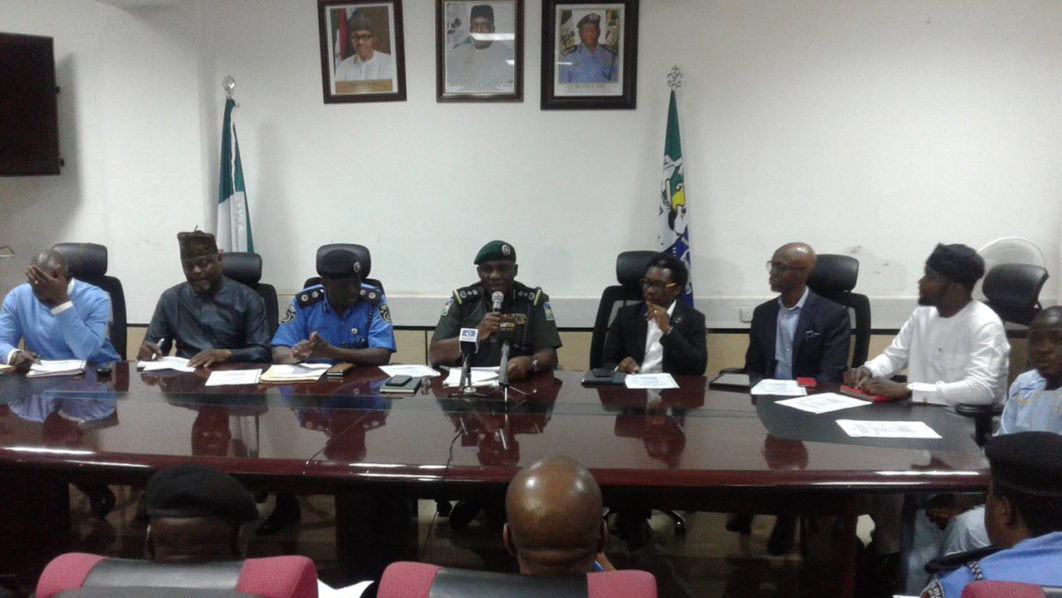 At the force headquarters; Media briefing on progress on the overhaul of Special Anti-Robbery Squads (SARS). 24th August, 2018. Photo/PoliceNG

The Inspector General of Police (IGP), Mr. Ibrahim Idris, has ordered the Federal Special Anti-Robbery Squad (FSARS) operatives not to attend to civil or commercial matters again and to strictly restrict their involvements to armed robbery and kidnapping cases only.

Idris disclosed this yesterday when he addressed critical stakeholders, the media and the public on the progress made in the overhaul of SARS, now known as FSARS in the new arrangement.

Represented by Mr. Habila Joshak, the Deputy Inspector General of Police (DIG), Operations Department, Idris emphasised that the overhaul of SARS was beyond rhetoric and real reform was taking place.

The Commissioner of Police, FSARS, Mr. Habiru Gwandu, in his remark, informed the gathering of the creation of a human rights desk in every state of the federation to take and address cases of infractions against members of the public by FSARS personnel anywhere in the country in collaboration with other human rights organisations.

He disclosed that the Police has involved the services of psychologists and counsellors in the ongoing screening of FSARS operatives.

Mr. Amaechi Elumelu, a Deputy Commissioner of Police (DCP), who heads the IGP’s X-Squad, a unit with the mandate of enforcing discipline in the Nigeria Police Force (NPF), stated that the screening and mobilisation of FSARS operatives would not be business as usual again, pointing out that anyone who would become an operative would go through rigorous orientation, human rights training and other screening processes that would include the evaluation of their previous records on human rights.

He announced the setting up of the Custody Records Management System, which would be unveiled by the IGP very soon, adding that this system would contain the records of arrests, detentions and welfare details of suspects, assuring that this system would discourage arbitrary arrest of people and ensure that suspects are charged to court within 24 hours, according to the law.

In his address at the event, Mr. Segun Awosanya, popularly known as @Segalink on Twitter, who spearheaded the #ENDSARS Campaign, commended the federal government for the swift action in ordering the overhaul of SARS, noting that the government was a listening one.

The social media activist said that he would be giving all it takes to support the Police Force and called off the #ENDSARS and the reformation of SARS in the new FSARS arrangement.