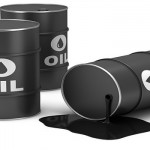 Data from the Ministry of Petroleum Resources has shown that indigenous oil producers are planning to increase crude oil output by almost 250,000 barrels a day by 2020.

This comes despite efforts by the Organisation of Petroleum Exporting Countries (OPEC) and Russia to restrict oil supply and raise prices.

However, the report suggests that the expansion depends on several factors including the tranquillity being maintained in the Niger Delta region.