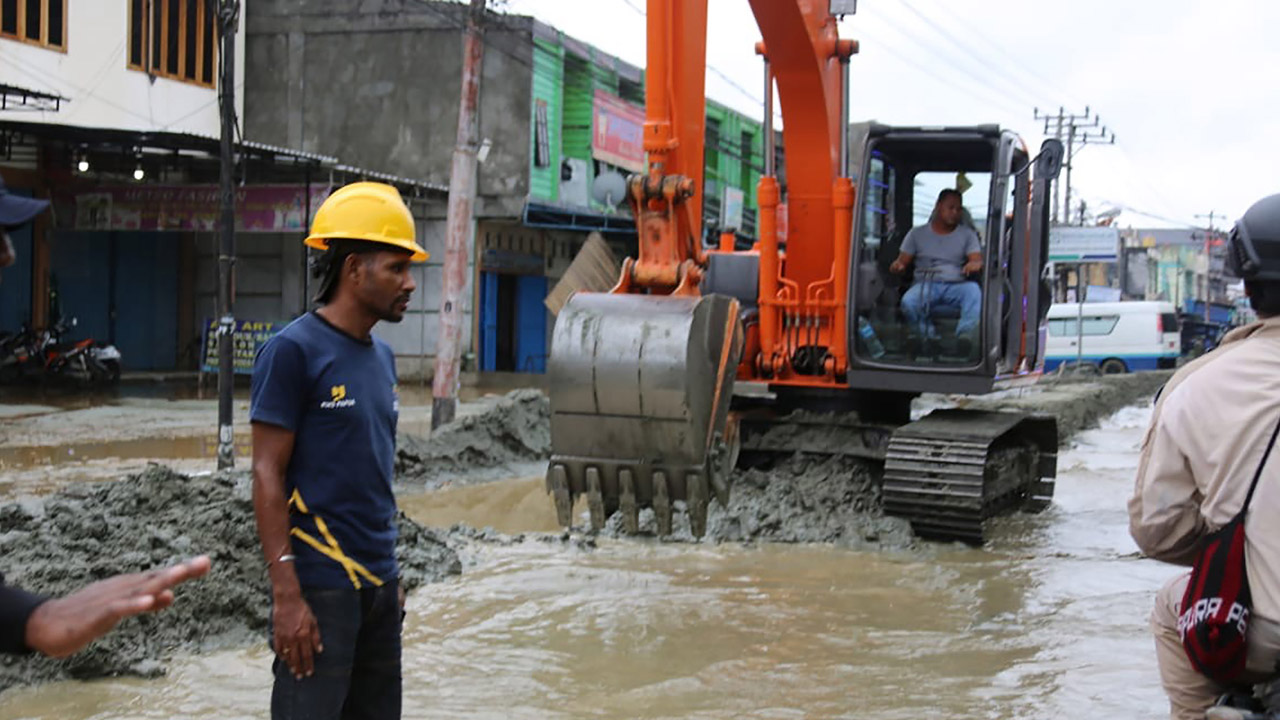 At least 89 people are known to have died after flash floods and landslides tore through Indonesia’s Papua region, with the toll expected to rise further as rescuers hunt for dozens still missing, the national disaster agency said Tuesday.

Scores have also been injured in the disaster, triggered by torrential rain on Saturday, with some 6,800 people evacuated to temporary shelters.

The military has taken up the grim task of putting mud-caked corpses into body bags, with the search hampered by mountains of debris including rocks and fallen trees.

Seventy-four people remain unaccounted for, while around 150 suffered broken bones, cuts and other injuries.

“Many people are choosing to stay at shelters because they’re still traumatised and scared of more flash floods, so some evacuation centres are packed,” said national disaster agency spokesman Sutopo Purwo Nugroho.

The government has issued a 14-day state of emergency in Papua, which shares a border with independent Papua New Guinea on an island just north of Australia.

Meanwhile, three people were killed — including two Malaysian tourists — and some 182 were injured after an earthquake Sunday triggered a landslide on the Indonesian tourist island of Lombok, next to Bali.

Lombok was rocked by several earthquakes last summer, killing more than 500 people and leaving over 150,000 homeless.

Last September, the country was hit by an earthquake and tsunami in Palu on Sulawesi island which killed around 2,200 people.