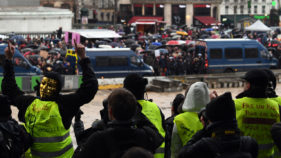 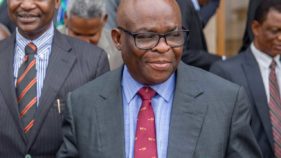 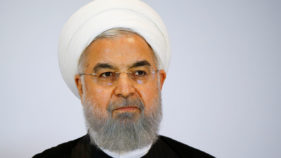 “It is my pleasure to address you on the occasion of the swearing-in of a new REC whose nomination was confirmed by the Senate last week,” the commission’s Chairman Mahmood Yakubu said during the swearing in ceremony.

“The appointment of Elder Monday Udo Tom from Akwa Ibom State brings the total number of RECs nationwide to 36 out 37 States and the FCT.

“You will exercise supervisory control over personnel, resources as well the legal and administrative processes in the State to which you are posted. You will also interact with various categories of stakeholders,” he added.

The Senate had June 7, 2018 reversed the confirmation of Tom, as a Commissioner of the Independent National Electoral Commission after 24 hours of initially confirming him.

The commissioner’s confirmation was reversed following a point of order raised by Senator Albert Akpan, who informed the lawmakers that there is a petition dated February 5, 2018 against the nominee from Akwa Ibom State.

Consequently, the Senate asked the Committee on Ethics and Petitions to ‎look into the matter and report back. However, nothing was heard about the nomination until Udo’s confirmation on January 18.

Udom holds a BSc. degree in Biological Science and a Master’s degree in Microbiology. He served as lecturer and civil servant in Akwa Ibom State.

Following his swearing in, the commission deployed him to Bayelsa State. Mahmood said they are still awaiting the confirmation and appointment of the nominee for Osun State.