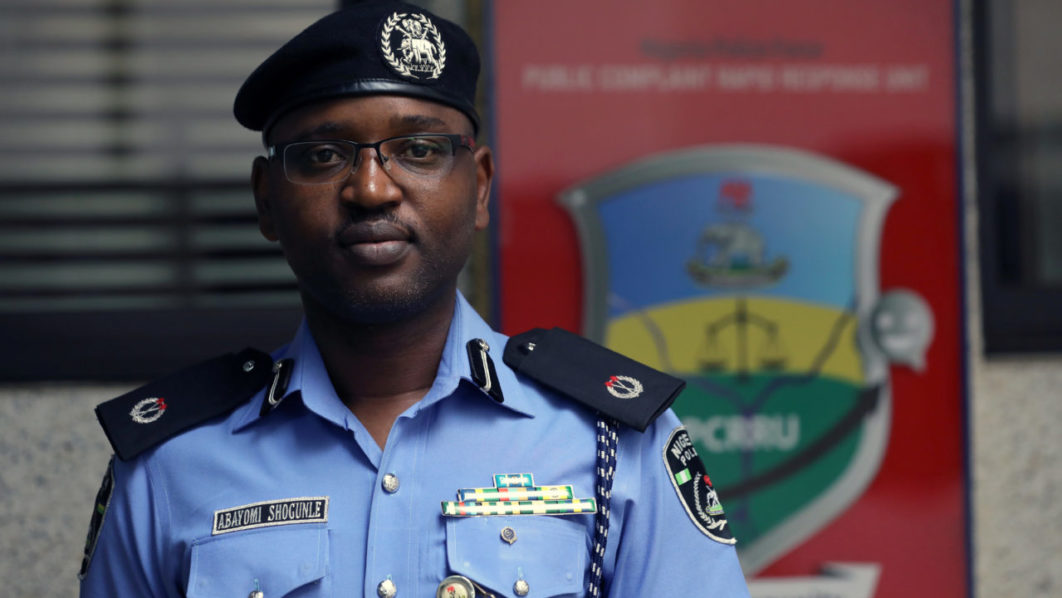 Assistant Commmisoner of Police, Abayomi Shogunle, head of the Public Complaint Rapid Response Unit (PCRRU) poses during an interview on the public’s demand for the recall of the Special Anti Robbery Squid (SARS) of the Nigerian Police Force in Abuja, Nigeria December 5, 2017. REUTERS/Afolabi Sotunde

The Police Area Command in Iwo, Osun State, was set ablaze yesterday following the killing of a youth in a crisis involving the Police and some youths in the town.

A source said there was sporadic shooting in the town on Thursday night, which caused panic among residents.

The cause of the conflict was unknown at the time of filing this report, but it was gathered that the youths later regrouped and launched a reprisal attack on the Police station and set it on fire.

The state Commissioner of Police, Mr. Fimihan Adeoye, confirmed the incident, saying investigation on it was ongoing.

Meanwhile, two Police officers have been taken into custody, following the shooting that ultimately led to the incident.

Head of the Police Public Complaints Rapid Response Unit (PCRRU), Abayomi Shogunle, an Assistant Commissioner of Police, made this known yesterday via his Twitter handle.

The student, Tunde Omologo, was shot at Ajangbala Eleha at Iwo and it was unclear what led to the shooting.

Shogunle, who condemned the shooting, said the Osun State Commissioner of Police held a meeting with relatives and the community earlier yesterday.

According to Shogunle, the two officers were in custody and investigations were ongoing, adding: “No justification for the shooting that led to the death of Tunde Omologo at Iwo.

In addition to @PoliceNG_PCRRU actions #PCRRU202284, I have also contacted Commissioner of Police, Osun State, 2 officers taken into custody. Be assured, @PoliceNG will ensure justice.