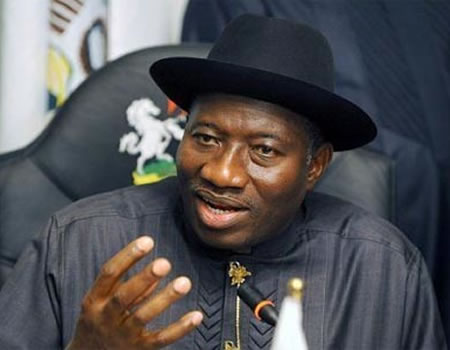 FORMER President Goodluck Jonathan has condoled with the Gabriel Okara family, the Bayelsa State government as well as the literary world over the demise of foremost poet and novelist, Pa Gabriel Imomotimi Okara, who died at the age of 97.

A statement by Mr Ikechukwu Eze, his media adviser said the former president in a message of condolence he personally signed, described the exit of the literary giant as a colossal loss to the Ijaw nation, the country and the African literary community.

It noted that the former President further extolled Pa Gabriel Okara as a great man of arts and wit, whose legacies permeated the field of humanities and statesmanship.

It said: “The death of a loved one, no matter his age, brings grief to our heart and tears in our eyes, but we must take solace in the fact that Pa Okara lived a long and glorious life.

“He was a pioneering voice in modern African literature, a consummate journalist, a seasoned administrator and a statesman who lived a life worthy of emulation.”

Dr Jonathan also prayed that God will continue to bless members of the Okara family, and grant them the fortitude to bear his exit.”