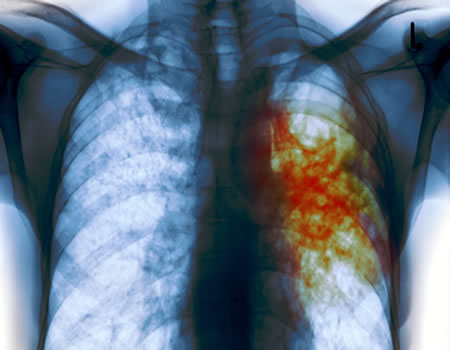 A total  of 4,023 new cases of tuberculosis were  recorded across Kaduna  State in 2018, the state Commissioner for Health, Dr Paul Dogo, has said.

Dogo, however, said at a news conference on Tuesday in Kaduna to mark the World Tuberculosis Day 87 per cent of the new cases were treated successfully.

He attributed the high number of new TB infections to low-level awareness of its causes and insufficient gene Xpert machines used for detecting the disease in the state.

Dogo said that the state would scale up access to prevention and treatment, build accountability and ensure sufficient and sustainable financing for TB treatment and research.

“We hope to promote an end to the stigma and discriminations, and promote an equitable rights-based and people-centred TB response,” he said.

The commissioner said the state would sustain its house-to-house search for new active cases of tuberculosis to raise the detection rate in the state.

According to him, the state government will increase the number of Gene Xpert machines from 11 to 23 and strengthen its tuberculosis surveillance department to track all cases.

He added that the government would make it mandatory for all private health care providers to report tuberculosis cases and improve the participation of the media in raising awareness on tuberculosis and leprosy.

“Currently, there are 444 health centres carrying out the TB control and treatment activities in the state and we urge the residents to visit any of the health centres.”

The commissioner explained that testing and treatment of TB was was free and urged those having a running cough for two weeks to go for a test in any of the health centres.

In his comments, the Director, Public Health, Dr Ado Zakari urged the state government to scale up its awareness programmes as many residents are not aware that the disease was curable.