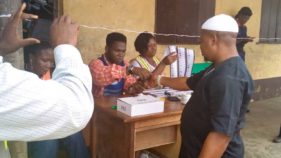 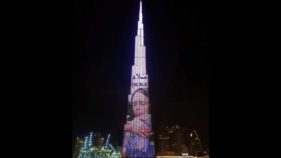 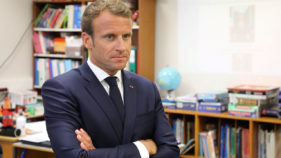 The Peoples Democratic Party (PDP) in Kano state has called on the Independent National Electoral Commission (INEC) to cancel the supplementary governorship election ongoing across the 28 local government areas of the state.

Acting PDP chairman in the state Rabiu Sulaiman-Bichi made the request while addressing journalists on Saturday.

According to him, “Today, this charade called re-run election was slated to hold in Kano and other states but unfortunately, what we have in Kano is nothing but a sham,” he said.

“Reports reaching us since yesterday indicated that thugs have allegedly been mobilised to take over all the 208 polling units.”

Bichi, who described PDP as a peace-loving party, said he had written to the INEC electoral commissioner in the state and alerted security agencies.

Bichi said there was need for the commission to cancel the election as the process had completely been taken over by armed political thugs.

He alleged that the thugs were brought from Zamfara, Katsina, Kaduna, Plateau and other neighbouring states and were “armed to the teeth”, to pose violence in the polling units.

Bichi also claimed that the thugs freely voted with permanent voter cards (PVCs) belonging to other persons. He said some posed as INEC staff.