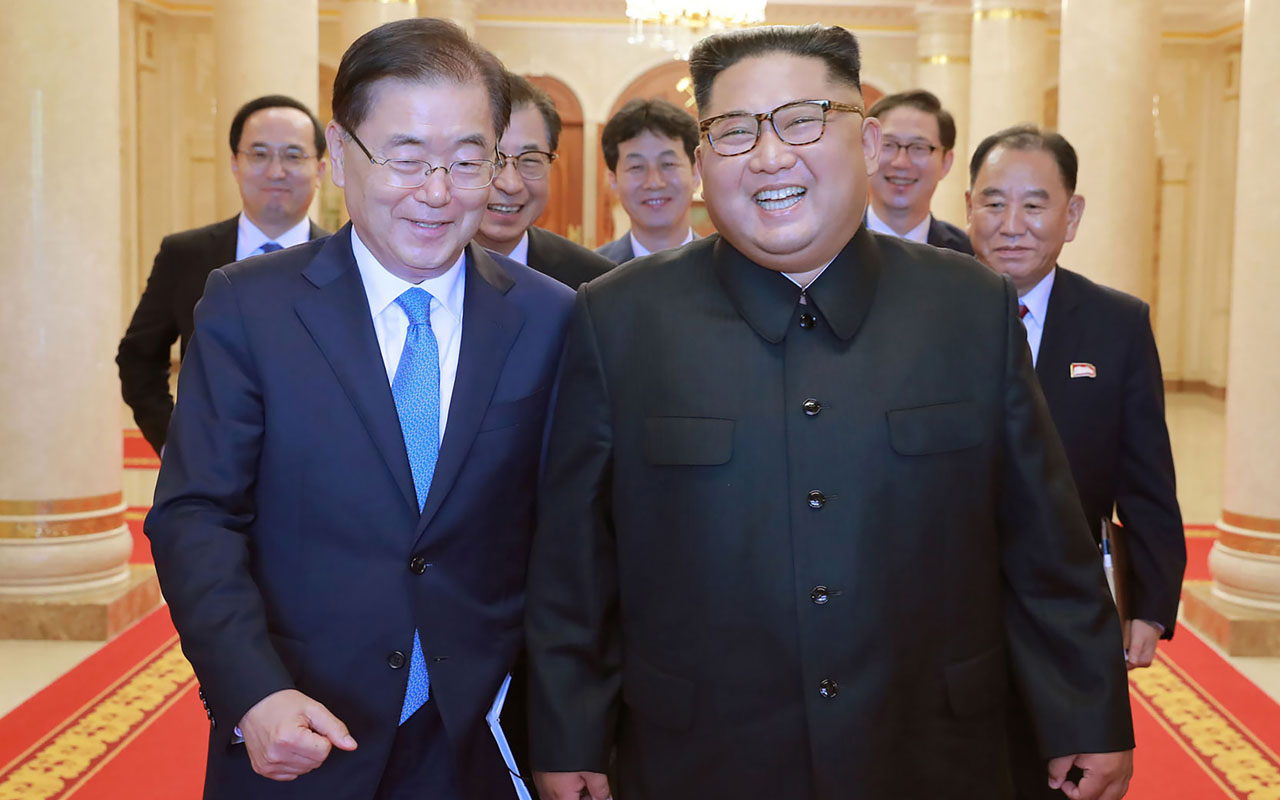 The two Koreas and the US-led United Nations Command agreed Monday to demilitarise a section of the heavily fortified border dividing the peninsula by this week, as a diplomatic thaw gathers pace.

“The three parties agreed to carry out measures to withdraw firearms and guard posts at the Joint Security Area (JSA) by October 25,” Seoul’s defence ministry said in a statement following trilateral talks.

They will then conduct a “three-way joint verification” for the following two days, it added.

The JSA, also known as the truce village of Panmunjom, is the only spot along the tense, 250-kilometre (155-mile) frontier where troops from the two countries stand face to face.

It was a designated neutral zone until the “axe murder incident” in 1976, when North Korean soldiers attacked a work party trying to chop down a tree inside the Demilitarized Zone (DMZ), leaving two US army officers dead.

South and North Korea — which are technically still at war — agreed to take measures to ease military tensions on their border at a meeting in Pyongyang last month between President Moon Jae-in and Kim Jong Un.

Earlier this month, the two sides began removing landmines at the JSA — which is now often used for talks between the two Koreas — as part of the deal, which was confirmed “complete” at Monday’s talks.

The September summit was the third this year between the leaders as a remarkable rapprochement takes hold on the peninsula.

Moon has advocated engagement with the isolated North to nudge it toward denuclearization.

Monday’s talks were the second meeting of a trilateral JSA commission made up of the two Koreas and the UN Command, which is included as it retains jurisdiction over the southern half of the JSA.

Its chief, US general Vincent Brooks, told reporters in August that as UN commander he supported initiatives that could reduce military tensions.

But he added that as commander of the combined US-South Korean forces — one of his other roles — he felt there was a “reasonable degree of risk” in Seoul’s plans to dismantle guard posts near the DMZ.