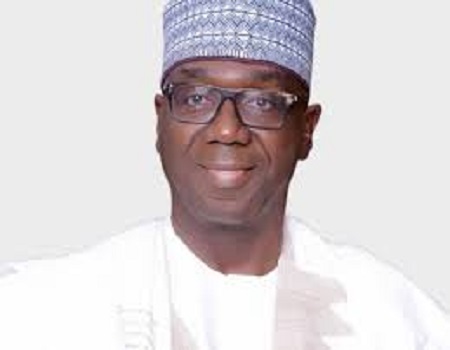 KWARA state governor-elect, Alhaji Abdulrahman Abdulrazaq, has said that his administration would abolish state and local government joint account in operation upon inauguration on May 29 this year.

Speaking at a programme organised by a sociopolitical organisation, Ibrahim Imran Oloko Pride, in his honour in Ilorin, the governor-elect assured that he would partner with the state House of Assembly to fasten the process of abrogating the joint account in the State.

Abdulrazaq, who spoke through one Alhaji Funsho Abdulrazaq, said that the abolition of the joint account would devolve power to the third tier of government and enable them to work effectively as expected.

He also expressed concern over the level of redundancy in government’s ministries, saying that it came about as a result of usurpation of their responsibilities.

He maintained that his administration would return power to the ministries to make them function optimally.

Abdulrazaq promised that the government he led would hit the ground running as soon as he takes over the mantle of leadership come May 29, appealing for cooperation and understanding of the people.

ALSO READ: #FactCheck: Has INEC issued Certificate of Return to Ademola Adeleke as Osun governor-elect? Tribune has an answer

“As from May 29, 2019, he is pledging to the generality of Kwara State that joint account will be abolished in Kwara State. He is going to make functional all the ministries. The fact that all the job for the ministries is taken to Government House, he said by May 29, ministries will be given back their power to perform optimally.

“He also said that if the local government is working effectively, the attention will go down in each local government, and he would do this with the cooperation of our incoming House of Assembly members.

“He said he has started the work by going to Rwanda to look for an investor to come and invest in Kwara State and positively, he has gotten the assurance of Abdulsamad Rabiu, who is the Chief Executive of BUA Group in Nigeria.

“He is using his contacts with business community around the world to bring Kola Abiola Farm into Kwara North. Kola Abiola has made a similar pledge to him that they are going to revitalise their farm in Kwara North for the benefit of our people.

“I want to seek the cooperation of every one of us for the incoming administration. Abdulrahman is just one person. He can only succeed if we cooperate with him,” the representative of the Governor-elect said.

Also speaking, the House of Representatives member-elect of Ilorin East and South Federal Constituency, Alhaji Saka Cook Olododo, said the All Progressives Congress (APC) in the State had transcended the political campaign period, maintaining that it was time for the party to reciprocate its victory with deliverables.

Represented by Mr Abdulrazak Bamu, Olododo, stated that the development the people of the state craved had eluded them over the years and urged the incoming government to speed up on the task ahead of it.

“We have passed the stage of enough is enough. Now is the time to work for the development of the State, which our people have been yearning for but eluded them,” the House of Representatives member elect said.