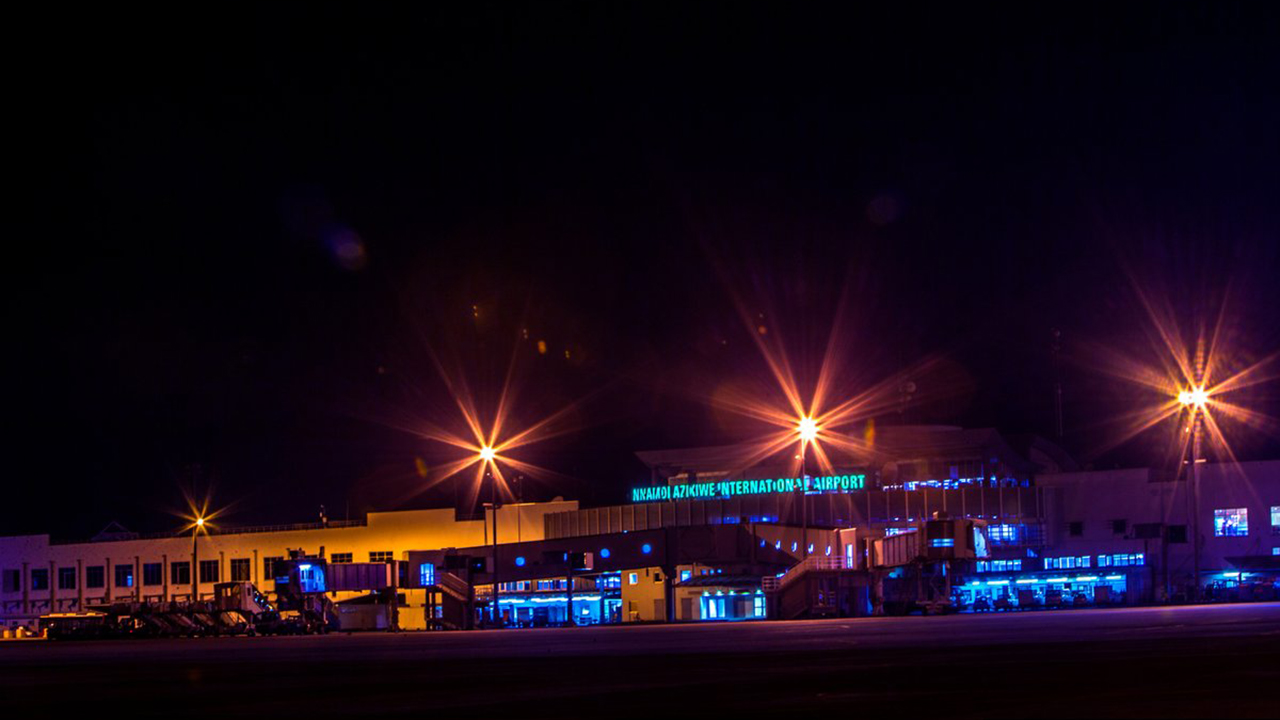 Passengers in their hundreds were on Monday seen arriving and departing the Domestic Terminals 1 and 2 of the Murtala Muhammed International Airport, Lagos, ahead of the Yuletide.

The News Agency of Nigeria (NAN) reports that the Federal Government had declared Dec. 25 and 26 and Jan.1 , 2019 as public holidays to mark the festive period.

NAN correspondents that visited the airport terminals observed an influx of outbound and inbound passengers heading to various destinations.

Many passengers were seen on long queues, waiting to board flights, while others waited patiently to pick up their luggage on arrival.

Several travelers were also seen struggling to get seats on the few available flights to their various destinations across the country which led to increments in air fares.

NAN reports that there were no flight tickets available on the Lagos-Benin and Lagos-Port Harcourt routes as all the seats had been booked since the previous week.

It was also observed that most of the flights that had their fares increased were heading for the northern part of the country.

A passenger, Miss Tosin Akilla, who was travelling to Abuja with her children, said she had purchased tickets for the flight from Lagos the previous week.

Akilla, however, said that she got to the airport a few minutes after the first boarding call, but was denied access to the plane on the excuse that she was late.

“I was surprised to get here only to learn that I was late. My flight was scheduled for 12:30p.m., and I got here at 10.30 a.m. because of traffic, but the airline’s officials did not check me in.

“They said I was very late; I had to run around to raise extra money to pay in order to be able to go with the next available flight.

“I think it is rather unfair, because I should still have been allowed to get on the plane,’’ she lamented.

Another passenger, Mr Seun Fijabi, who was heading to Enugu, also decried the way the airlines were operating.

He said, “It is funny how things operate here. This is a time to share and not to exploit your passengers.”

According to him, domestic airlines should learn to introduce low cost promotional fares to attract travellers instead of exploiting passengers as a result of the season.

He decried the dearth of government-owned airlines, saying the few ones that were privately-owned were cashing in on the development at the detriment of their customers.

Meanwhile, the Federal Airports Authority of Nigeria (FAAN) said it had put all the necessary measures in place to meet up with the increase of passengers’ traffic during the yuletide.

FAAN, in a statement by the General Manager, Corporate Affairs, Mrs Henrietta Yakubu, assured all airport users that Nigerian airports under its management are fully ready to play host to all air travellers.

Yakubu advised the general public and intending travellers to make early preparations to enable them complete their travel requirements in good time.