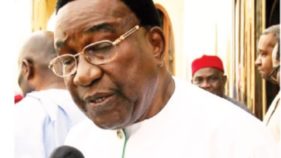 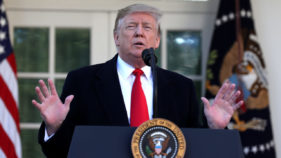 Ahead of the general elections, members of the Social Democratic Party (SDP) in Lagos State have passed a vote of no confidence on the present leadership of the party in the state.

The aggrieved members said the decision was based on the current situation in the running of the party affairs in the state, alleging that anti-party activities, lack of ability, capability, transparency and seriousness to prosecute the elections by the leadership.

In a statement signed by the Chairman of the party’s sub-committee, Mr. O.A. Akinsanya, secretary, M.A. Ataiyero and eight others, made available to journalists, yesterday, the members complained of the alleged undemocratic manner in which the Southwest leader handed over the leadership to the present chairman and the state executives.

According to them, the elected state executives at the congress of 2016, whose tenure of office is expected to expire in 2020, was supplanted by invaders and pretenders from PDP, who surreptitiously held another congress in August last year, with many invaders from PDP featuring at that congress to fraudulently ascend to the position of authority in the party with the connivance and conspiracy of the Southwest leadership.

The aggrieved members stated that they had tried to avoid a situation where SDP would be hijacked or ambushed by the invaders, adding: “Unfortunately, this agenda of the state leadership has put SDP in Lagos State in a tight corner, resulting in inability of the party to sponsor candidates for election into the National Assembly.

“Besides, imposition of candidates not known to party members at various local government areas in the state is also a grievous atrocity committed by the current SDP state executives.”

The members, however, called for urgent intervention of the national leadership to reverse the situation, so that the invaders from PDP do not become the undertakers of SDP in the state.