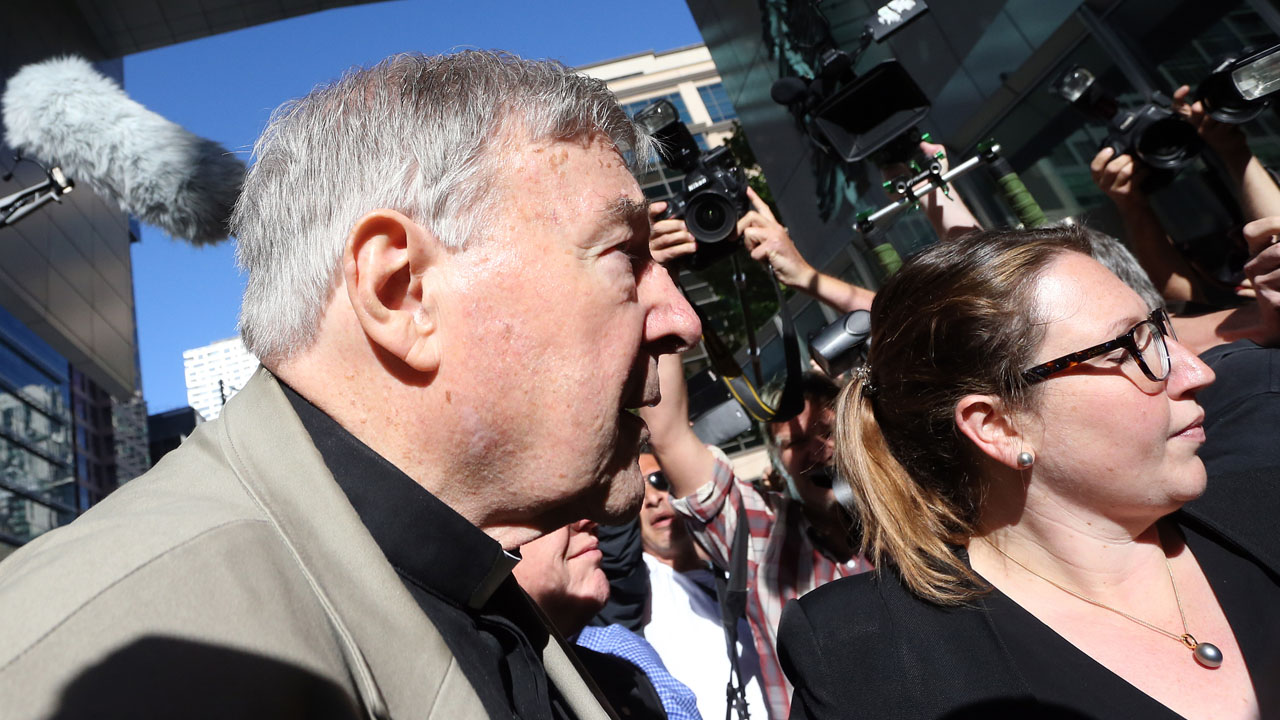 Cardinal George Pell (L) makes his way to court in Melbourne on February 27, 2019. – Cardinal George Pell arrived in court, possibly for the last time as a free man, in a last-ditch push to apply for bail after his historic conviction for child sex crimes. (Photo by Asanka Brendon RATNAYAKE / AFP)

The lawyer representing disgraced Australian Cardinal George Pell denied reports Tuesday he had quit amid fury at a “perverse” verdict, but his role in the appeal process remains unclear.

“I have not quit,” high profile barrister Robert Richter told AFP, adding that local media reports to the contrary were false. “I have not quit or left anything.”

Earlier Richter — who has an enviable record of courtroom victories — told The Age newspaper that he was too emotionally involved to continue to represent Pell.

The 77-year-old former Vatican number three is currently awaiting sentencing for a conviction of sexually assaulting two choirboys in the 1990s.

Richter told The Age that Pell would be “better served by someone more detached” as he did not have “sufficient objectivity at this stage.”

“I am very angry about the verdict,” he told the newspaper, “because it was perverse”.

“I think the man is an innocent man and he’s been convicted. It’s not a common experience,” he added.

Richter declined to comment further to AFP on his status in Pell’s defence team.

But the Australian newspaper later reported that he remains an advisor to the legal team for the appeal, where he had been expected to play a less public role.

“He’s a key part of the team and Robert never quit the team,” Pell’s solicitor Paul Galbally told the newspaper, without going into further detail.

Pell, who become the most senior Catholic clergyman to be found guilty of child sex abuse when he was convicted in December, maintains his innocence.

He is due to be sentenced next week and faces up to 50 years’ jail.

His appeal will be based on three grounds — that the jury verdict was unreasonable, that there were issues with the jury’s formation and that they were blocked from watching a defence video animation illustrating people’s movements in the cathedral on the day of the alleged assault.

Richter has been representing the Cardinal since 2017.

But he recently came under fire and angered abuse survivors by arguing in court that even if Pell had committed the crimes, they were no more than a “plain vanilla sexual penetration case”. He apologised for the statement last week.