You are here
Home > Bill Clinton > Lewinsky affair not an abuse of power, says Hillary Clinton 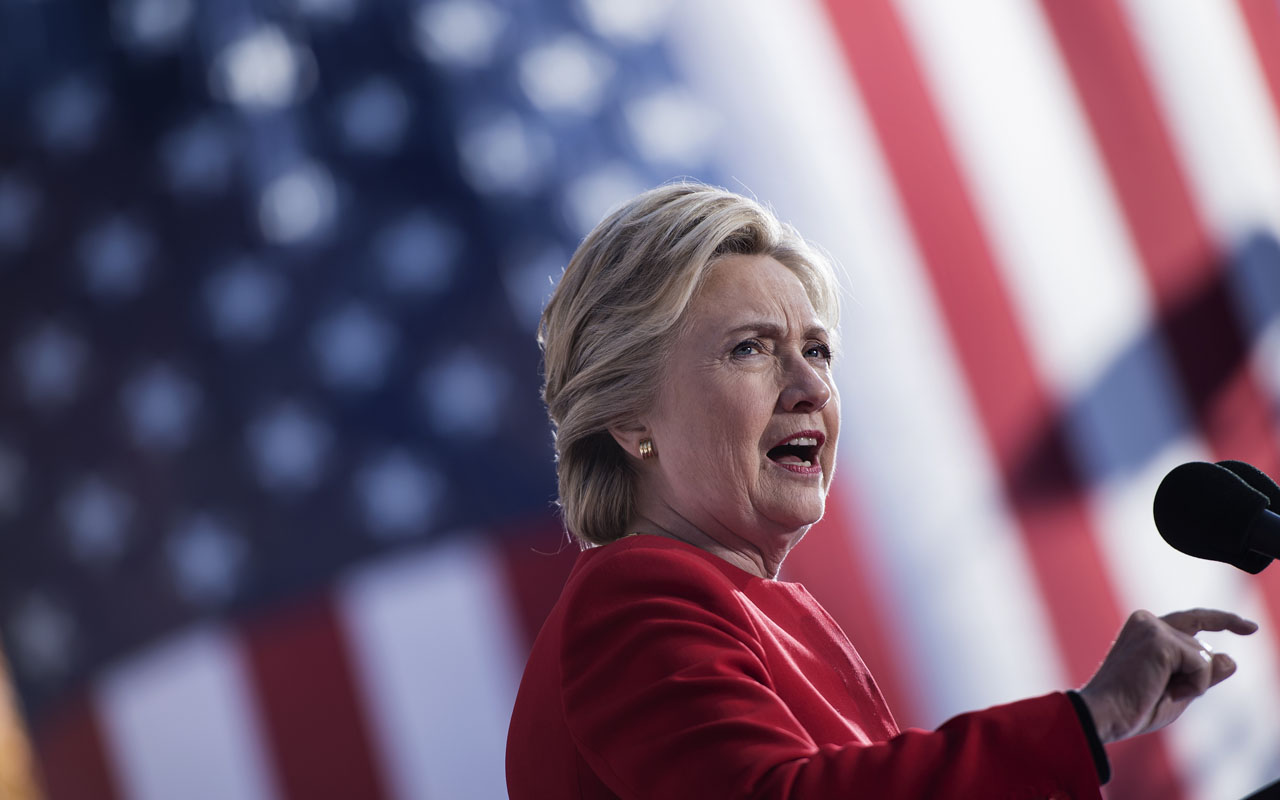 (FILES) This file photo taken on November 7, 2016 shows Democratic presidential nominee Hillary Clinton speaking during a rally outside the University of Pittsburgh’s Cathedral of Learning in Pittsburgh, Pennsylvania. Hillary Clinton got a reminder that exactly one year ago, then FBI director James Comey said he was re-opening a probe into her emails. “Oh is that today?” the former Democratic presidential candidate quipped on Twitter late October 28, 2017, in response to a post by election forecaster Nate Silver who noted the anniversary of Comey’s move and said it was “probably decisive” in last year’s White House race. / AFP PHOTO / Brendan Smialowski

Hillary Clinton has said her husband Bill’s affair with former White House intern Monica Lewinsky was not an abuse of power and he was right to not resign from the US presidency in the wake of the scandal.

The two-decades old episode has come under renewed scrutiny in the #MeToo era, with critics questioning whether the power imbalance between a sitting president and an intern made it impossible for the relationship to be considered consensual.

Some, like New York Senator Kirsten Gillibrand, have said that Clinton should have stepped down after he was impeached by a Republican-controlled House in late 1998 for lying about the affair.

But speaking on CBS News on Sunday, former presidential candidate and secretary of state Hillary Clinton said she disagreed.

“Absolutely not,” she replied when asked whether her husband should have resigned.

Pressed on whether the relationship was an abuse of power, Clinton said: “No, no” and noted that Lewinsky, who was 22-years-old at the time, “was an adult.”

“There was an investigation and it, as I believe, came out in the right place,” she added.

In 1999, the Senate held a month-long trial of president Clinton that ultimately fell well short of the two-thirds majority required to convict and remove him from office.

Lewinsky, for her part, long maintained the affair was consensual, but in an essay published in Vanity Fair earlier this year wrote she had begun to re-evaluate that view.

Bill Clinton has also been accused by several other women of sexual misconduct in cases going back to the 1970s, prompting a reckoning of his place in history by Democrats in light of the #MeToo and Time’s Up movements.