Liverpool have pledged to back boss Jurgen Klopp in the transfer market after their accounts returned to profit with a £39 million ($53 million, 44 million euros) surplus recorded in the latest financial results. 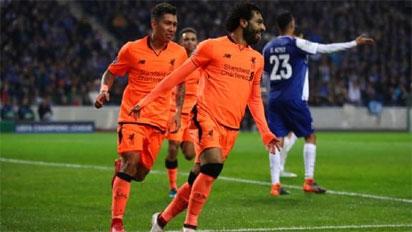 The Reds had made a £21 million loss for the year ending May 2016, but they benefited from a £30 million increase in media revenue from the first year of the new three-season Premier League broadcast deal.

The figures do not take into account Liverpool’s combined spend of £80 million on Mohamed Salah, Alex Oxlade-Chamberlain and Andrew Robertson last year.

Virgil van Dijk’s £75 million arrival from Southampton and Philippe Coutinho’s £142 million sale to Barcelona — both deals happened in January — are also not included.

Although bank debt rose from £22 million to £67 million through spending on capital infrastructure and player recruitment, Klopp will be allowed to make more new signings when the transfer window reopens at the end of the season.

“Performance on the pitch and the reinvestment in our squad is always a priority and following the club’s record signing last month we will look to invest again in the summer,” Liverpool’s chief operating officer Andy Hughes said.

“Progress on and off the pitch is critical to the growth of this football club – we all want success and everything we’re doing is geared toward fulfilling our football ambitions.”

However, Arsenal’s football turnover decreased £23.4 million after they failed to qualify for the Champions League and are instead competing in the less lucrative Europa League this season.