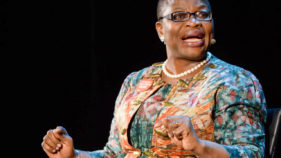 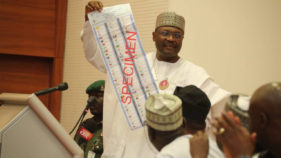 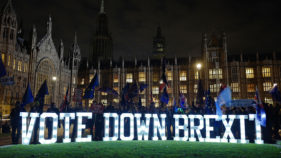 What next now May has delayed Brexit deal vote? 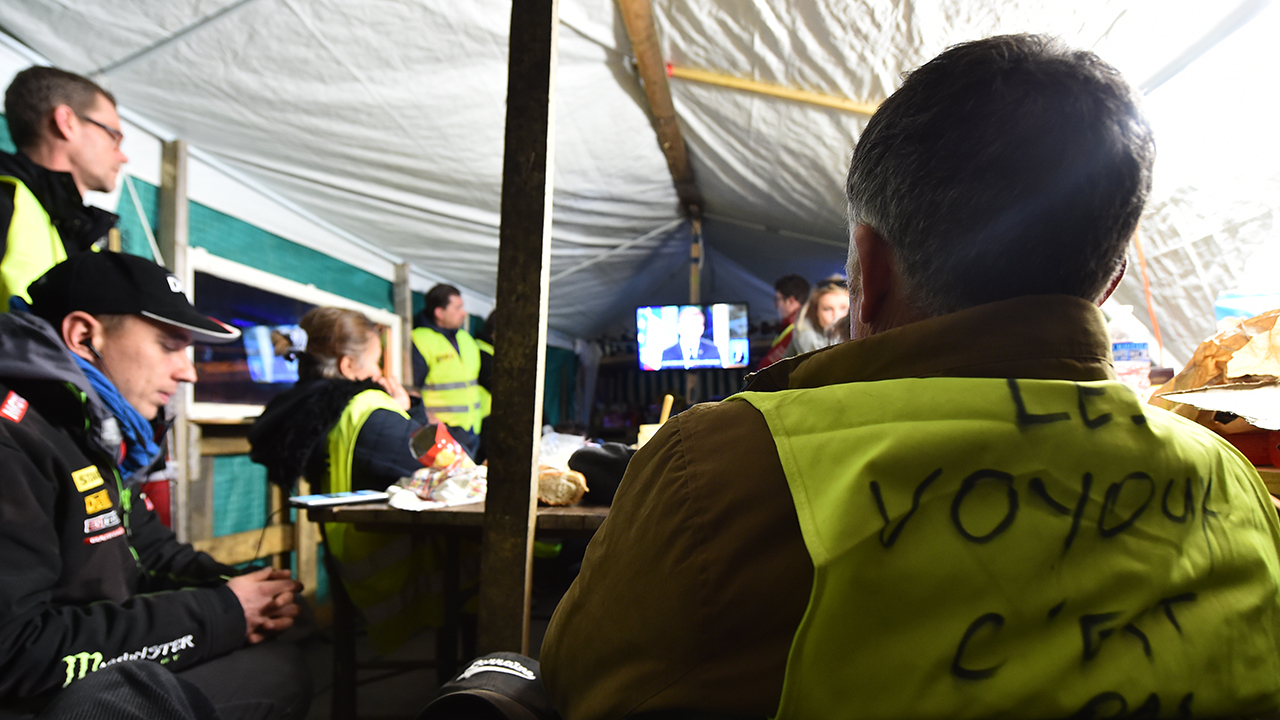 A man wearing a yellow vest (Gilet jaune) with a writing “the rogue is” watches TV under a tent in Montabon, near Le Mans on December 10, 2018 as French president delivers a TV speech following the so-called “yellow jacket crisis”, at the presidential office in the Elysee Palace. (Photo by JEAN-FRANCOIS MONIER / AFP)

French President Emmanuel Macron announced on Monday a 100-euro ($113) per month increase in the minimum wage from next year in a major concession to “yellow vest” protesters who have roiled the country.

Macron also rolled back most of an unpopular increase in taxes on pensioners which was introduced by his government.

In an address to the nation, the 40-year-old former investment banker also struck a more humble tone than usual as he sought to address criticism of his style of leadership.

“I know that I have hurt some of you with my statements,” he said.

He stressed, however, that the protests by mostly low-income people in small town or rural France were the result of long-term problems.

“Their distress doesn’t date from yesterday. We have ended up getting used to it,” he said.

“These are forty years of malaise that have come to the surface,” he added.