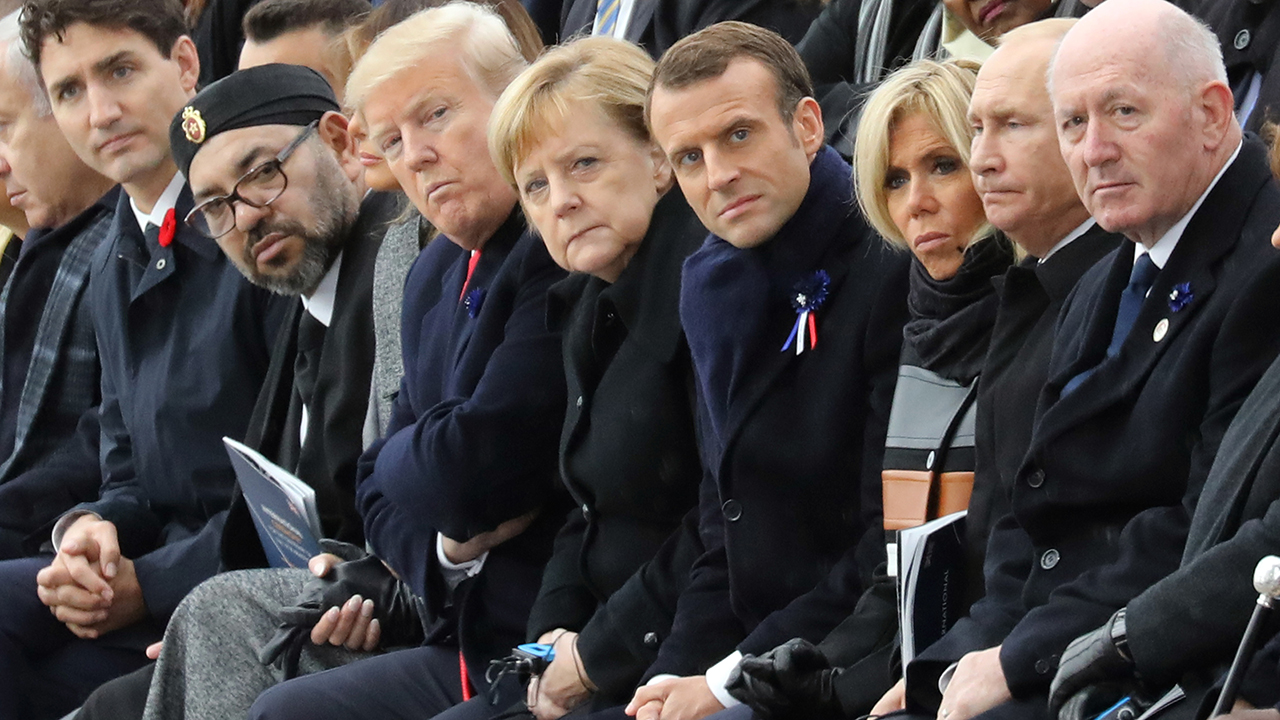 French President Emmanuel Macron on Sunday urged dozens of world leaders marking a century since the end of World War I to come together for a joint “fight for peace”.

“Let us build our hopes rather than playing our fears against each other,” he told leaders gathered at the Arc de Triomphe in Paris.

Speaking to an audience that included US President Donald Trump and Russia’s Vladimir Putin, he called for leaders to fight “withdrawal, violence and domination”.

“Together, we can ward off threats — the spectre of global warming and the destruction of the environment, poverty, hunger, disease, inequalities, ignorance.”

After spending a week touring the former battlefields of northern France, he urged leaders not to forget the slaughter, “one hundred years after a massacre whose scars are still visible on the face of the world”.