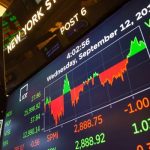 Asian markets sank on Monday following reports that Donald Trump is planning to hit China with another round of tariffs, dealing a blow to hopes for talks between the two economic giants.

Traders sent regional equities surging on Thursday and Friday as it emerged that Treasury Secretary Steven Mnuchin had offered to meet officials from Beijing to avert an all-out trade war.

However, The Washington Post and Wall Street Journal said the president had decided to impose 10 percent levies on $200 billion of Chinese imports and could make an announcement in the coming days.

That would come on top of the $50 billion already announced over the summer and would account for about half of China’s exports to the United States. Beijing has threatened to retaliate against any measures.

“Whether this is little more than the president using this leverage as a negotiating tactic, China officials will continue to be frustrated,” said Stephen Innes, head of Asia-Pacific trading at OANDA.

“This good cop bad cop routine continues to undermine Mr. Mnuchin’s efforts as it’s still not clear if anyone other the Trump himself is commissioned to cut a deal. And not too unexpectedly, and quite ominously, China could cancel the meeting.”

Tokyo was closed for a public holiday.

But while investors were in a selling mood, some positives could be taken from reports that Trump was considering 10 percent tariffs instead of the feared 25 percent, said JP Morgan Asset Management global market strategist Kerry Craig.

“No more tariffs would still be the best outcome for the markets but with the US administration seemingly wanting to pursue its long-term strategic agenda against China, that’s unlikely to be the case, especially as there is little in the way of pain being felt by the US economy or equity market,” he said.

“Timing is also important when it comes to enacting any new tariffs. A staggered implementation is being the viewed as the best of a bad situation.”

On foreign exchanges, emerging market currencies continue to struggle as investors fret over a possible spillover from financial crises in Argentina, Turkey, and South Africa.

The Indian rupee was hovering around 72.53 to the dollar, near record lows, while the Indonesian rupiah is near a 20-year trough.

Other high-yielding units were also down, with South Korea’s won 0.9 percent lower and the Mexican peso shed 0.5 percent.