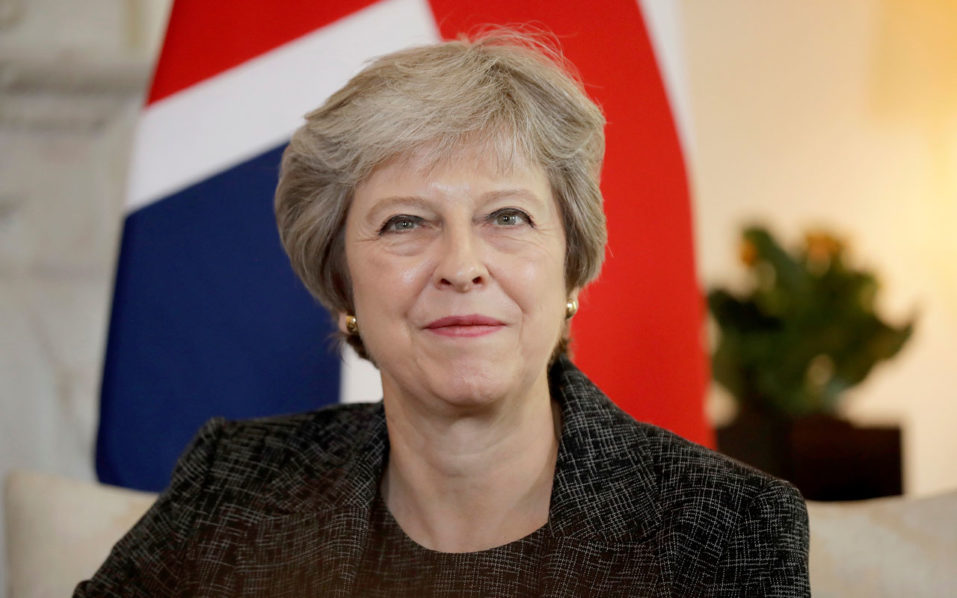 British Prime Minister Theresa May faces being hobbled by the EU’s rejection of key planks of her departure plan, stoking fears of a hard Brexit as calls grow for a second referendum.

No sooner had May secured support for her “Chequers plan” — which cost her the resignations of two senior pro-Brexit ministers — than it began to unravel.

The European Union’s chief negotiator Michel Barnier on Thursday demolished a central tenent of May’s Brexit blueprint — London’s proposed solution to keep the frontier between the UK and EU member Ireland open, without a “hard border”.

The EU “cannot delegate and will not delegate the application of its customs policy and rules” to a third country, said Barnier, responding to a British proposition for a dual system of taxation which would see taxes levied by each side of the Irish border for the benefit of the other.

A spokesman for the small europhile Liberal Democrat party commented soberly that the “deal is struggling to survive”.

Nonetheless, May thinks she might be able to convince the EU’s other 27 member states one-on-one, and has embarked, along with her ministers, on a series of meetings with leaders in recent weeks.

On Friday she met Austrian Chancellor Sebastian Kurz in Salzburg before starting a 15-day holiday and said she looked forward to discussing her Brexit plan.

Kurz, whose country currently holds the EU’s rotating presidency, said that it was “important to avoid a hard Brexit” and that he hoped a “solution” to that end could be found before October.

However, Barnier shattered May’s hopes by insisting there was not a “sliver of difference” between him and the 27 leaders in negotiations — scuppering the notion that a backdoor deal could be brokered.

Above all, time is of the essence. An agreement must be made in principle within at least three months, before the European summit in mid-October.

Then it would be ratified before being brought before European and British parliaments for approval — or not — before a Brexit divorce date set for March 29, 2019.

Food shortage fears
For Barnier the only solution to the Irish border problem is for not just Northern Ireland but the whole United Kingdom to remain in the European customs union.

But for pro-Brexit conservatives, already incensed at a government gesturing towards keeping close ties with the EU instead of breaking completely with the bloc to make fresh free trade deals, this solution is unacceptable. So far, May herself has also ruled this out.

Deadlock on this point has also lent weight to the theory that the UK may leave the EU without securing a deal, deemed a would-be catastrophe for Britain’s economic and finance sectors.

It has also evoked sheaves of bleak post-Brexit scenarios — from food shortages to giant traffic jams.

Anticipating border issues, Brexit minister Dominic Raab indicated this week that the British government was making stockpile arrangements to ensure there will be “adequate food supply” in case of a no-deal Brexit, in a country which imports 40 percent of its food.

Ministers have also made arrangements to convert a portion of motorway in Kent, the closest part of England to the continent, into a parking lot for trucks backed up at Channel crossing border checks.

Another hypothesis is a “humiliating” accord which could lead the country towards a “Weimar” state — the troubled period which enveloped Germany after World War I, according to an editorial in left-wing daily The Guardian.

“Over the next year or two we could witness the emergence of a rancid, angry Britain: a society riven by domestic divisions and economic difficulties, let down by its ruling classes, fetid with humiliation and resentment,” wrote Timothy Garton Ash on Wednesday, calling on the EU to give a political, not just bureaucratic, response to the Brexit crisis.

To avoid such scenarios, europhile daily The Independent has launched a petition calling for a second referendum in the hope that it would reverse the seismic June 2016 vote to leave the EU.

This scenario, despite being ruled out by the government, is gaining ground in opinion according to a poll published Friday in The Times newspaper.

For the first time, a plurality supported a second vote, with 42 percent backing the idea as opposed to 40 percent who would not want another referendum.