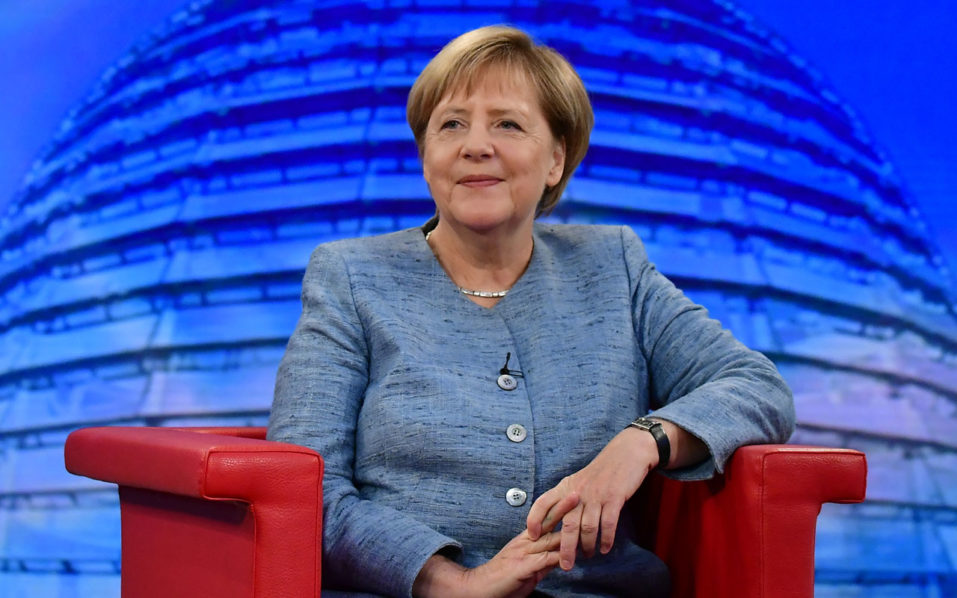 Chancellor Angela Merkel on Monday condemned far-right protesters for seeking to “hunt down” foreigners after the killing of a German man allegedly by a foreigner.

The far-right movement PEGIDA called for demonstrations for a second straight day after a gathering of around 800 people in the ex-communist city of Chemnitz degenerated into chaos, forcing police to call in reinforcements.

Several national media outlets, including the Bild tabloid, reported that some demonstrators shouted “We are the people” and “Get lost” at those they thought appeared to be migrants.

“Such riotous assemblies, the hunting down of people who appear to be from different backgrounds or the attempt at spreading hate in the streets, these have no place in our country,” said Merkel’s spokesman Steffen Seibert, stressing Berlin’s strong condemnation of the violent protests.

Asked about an apparent call by an MP from the far-right AfD party for vigilante action, Seibert warned that it is the legal system that delivers justice in a constitutional democracy.

AfD lawmaker Markus Frohnmaier had written on Twitter: “If the state can no longer protect the citizen, then people will go on the streets and protect themselves.”

Sunday’s violent demonstration was triggered by the death of a 35-year-old German national following a “dispute between several people of different nationalities” in Chemnitz.

Two other men, aged 33 and 38, were hospitalised with severe injuries, police added.

Police did not give further details of the dispute, but local media reported that a knife was used in the fight that took place on the sidelines of a street festival.

“The fact that people can agree to meet… run through town and threaten people is bad.”

As outrage grew over the scenes of xenophobic violence by the mostly male protesters, left-leaning activists called for a counter-protest on Monday in the city, hours before PEGIDA supporters were due to gather.

In its call for a demonstration at 6:30 pm (1630 GMT), PEGIDA’s Chemnitz and West Saxony regional chapter said: “Muster strength from anger and sadness! Only together can we ensure that his death was not pointless.”

Saxony state has become a hotspot for racist hate crimes, as misgivings run deep in the region against the arrival of more than a million asylum seekers since 2015.

The state is also the birthplace of the Islamophobic PEGIDA movement, which is linked to the AfD — a party that has scooped up voters who blame Merkel for the migrant influx.

Surveys suggest the AfD is on track to become the second biggest party in Saxony when regional elections are held there next year.

Results of last year’s general election show that in Chemnitz itself the AfD has as many voters as Merkel’s centre-right CDU.