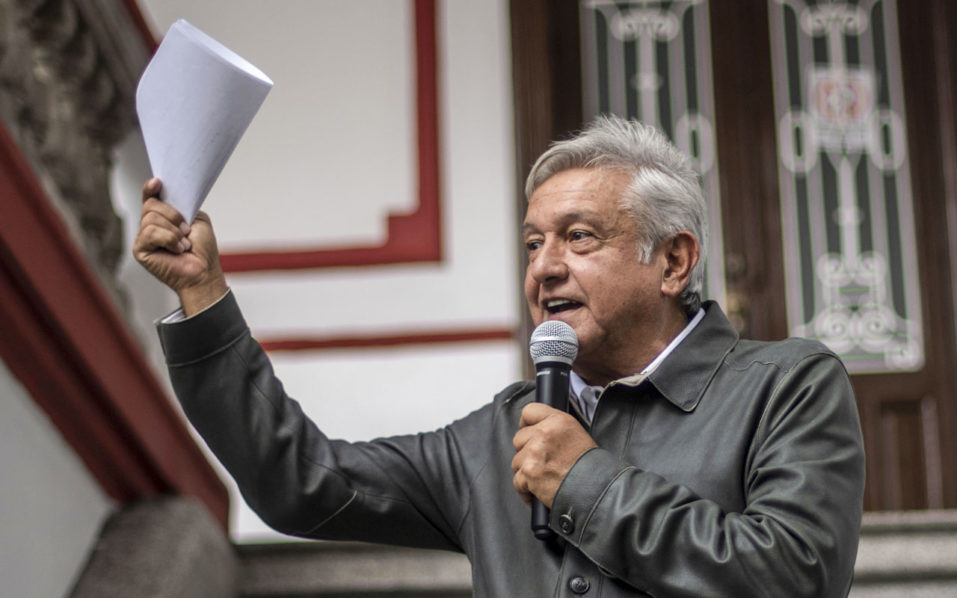 Mexico’s incoming president on Sunday said he had floated the idea of a new relationship between the neighboring countries in a letter to US President Donald Trump.

Andres Manuel Lopez Obrador said he sent Trump proposals on bilateral relations — which have reached one of their lowest points in decades — in the areas of migration, public safety and trade.

Lopez Obrador, who won the presidential election July 1 with 53 percent of the vote and will take office in December, said Sunday that the letter was sent to Trump through the delegation of senior US officials that visited him in Mexico City on July 13.

“It encourages me that we both know how to keep our pledges, and we have faced adversity successfully, we’ve managed to put our voters and citizens at the center, displace the establishment or the predominant regime,” Lopez Obrador wrote.

While noting that he is awaiting Trump’s response, Lopez Obrador published the letter “so that all Mexicans know our position on the new relationship we want” with the United States.

The incoming president said Mexico wants a relationship of “respect, friendship and focused on development cooperation,” and said that the more developed Mexico is, the fewer people will have to leave their country in search of work.

US-Mexican relations have been severely strained since Trump won the 2016 presidential election after a campaign laced with anti-Mexican insults, attacks on the North American Free Trade Agreement (NAFTA) and vows to make Mexico pay for a wall on their border.

Since then, US tariffs on Mexican steel and aluminum, Trump’s “zero-tolerance” policy on undocumented immigrants, and President Enrique Pena Nieto’s two abrupt cancellations of visits to Washington have only added to the tension.

Lopez Obrador, 64, pledged during the campaign to “put (Trump) in his place.”

But both men say they had a positive phone call the day after Mexico’s July 1 election, and Lopez Obrador has invited Trump to his inauguration.