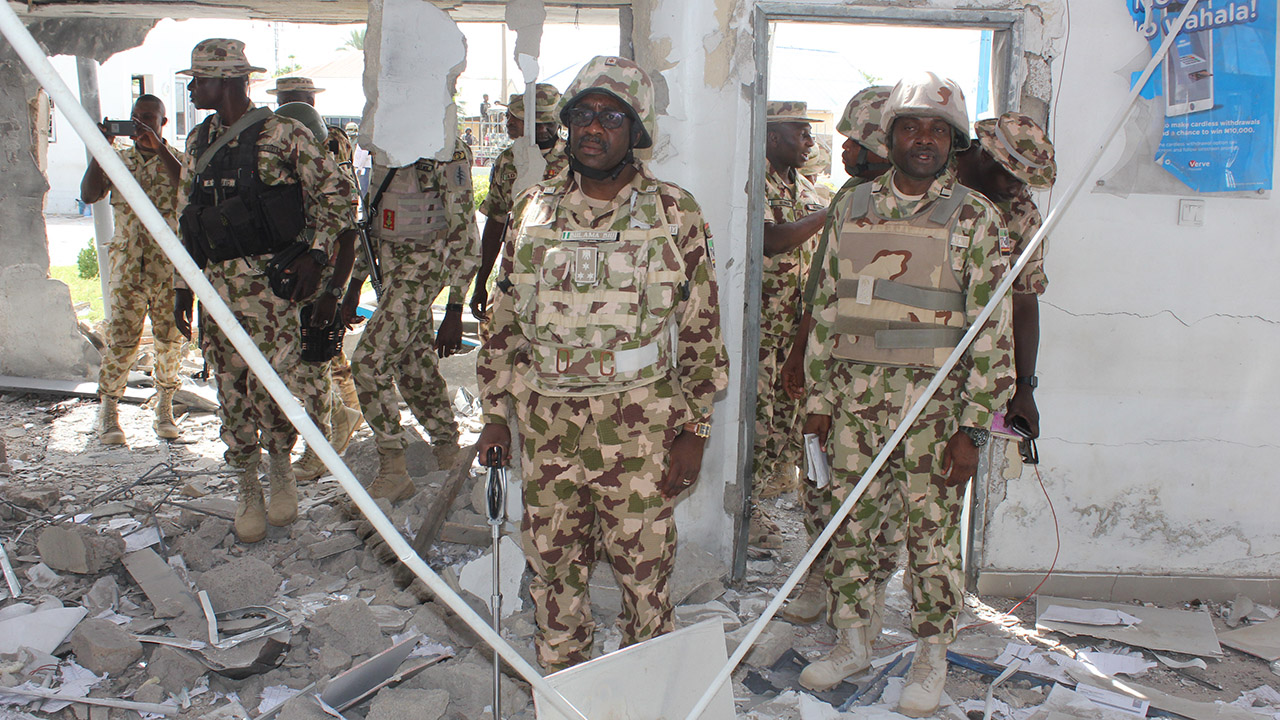 Buratai made the commendation during an operational visit to troops of 155 and 143 Task Force Battalion at Michika and Lassa.

Buratai, who was represented by Brig.-Gen. Bulama Biu, the Acting General Officer Commanding (GOC) 7 Division and Commander Sector I, Operation Lafiya Dole, said the troops successfully repelled attempt by the insurgents to attack the community.

The News Agency of Nigeria (NAN), reports that the insurgents on March 18 ,attacked the only commercial bank building in the town and looted shops.

He said that the troops displayed high sense of patriotism and gallantry in the defeat of the insurgents and prevented their robbery mission.

“We must be prepared to always put up strong offensive so that they don’t have any hiding place. The end of insurgents cannot come on it own, we must be all out and remain focused.

“We have upscale our operations in all the Theatre and it is yielding many result. We have neutralised dozens of the terrorist and recovered many weapons in Northern Borno. Their is no hiding place for the terrorist.

“No longer remaining in defence position. How can you be in defence when the insurgents can by pass you. You must therefore locate them at all level and neutralised them.

“We must always work together as formidable team and move aggressively to cut off their supply chain, when we do that we will defeat them,” he said.

The GOC therefore urged Commanders of the battalion to give purposeful leadership in other to achieve the desired goal of defeating Boko Haram.

The News Agency of Nigeria(NAN), report that the GOC who was accompanied by Brig.-Gen. Muhammed Abubakar, Commander 25 Brigade of the Army and other principal staff officers of the the Division, visited the bank were the incident happen.

Abubakar who provided more details of the incident briefed the GOC that the insurgents stormed the town around 7:20 pm but met their Waterloo by combined efforts of troops who swiftly responded to distress calls.

“Consequently, the gallant troops, with reinforcement from 143 Battalion Gulak, engaged the terrorists on Two Front Coordinated Attacks. The insurgents were completely routed by the troops, neutralising many of them while others fled in disarray due to superior firepower,”he said.

The Brigade Commander added that the insurgents targeted the vault and the ATM machine but were not able to accessed into them.

He added that four staff of the bank is access code to the vault were also targeted in their home by the insurgents but flew away.

“We stationed our men through out the night to make sure secure the bank facility and handed over to the Branch Manager,” he said.