From the Kemi Adeosun certificate saga, Abdulahi Ganduje’s bribery allegations to the sex scandal that consumed Richard Akindele, a university professor, the dramas never seized in 2018. Just when you felt you’ve had the last of it, another resurfaced. Each year presents a myriad of issues to be recorded in the country’s history. In 2018, so many events dotted the landscape. While some went unnoticed, others served as comic reliefs and some instigated so much public outcry that almost brought those involved to their knees. In this piece, TheCable highlights scandals that shook the country in the outgoing year. 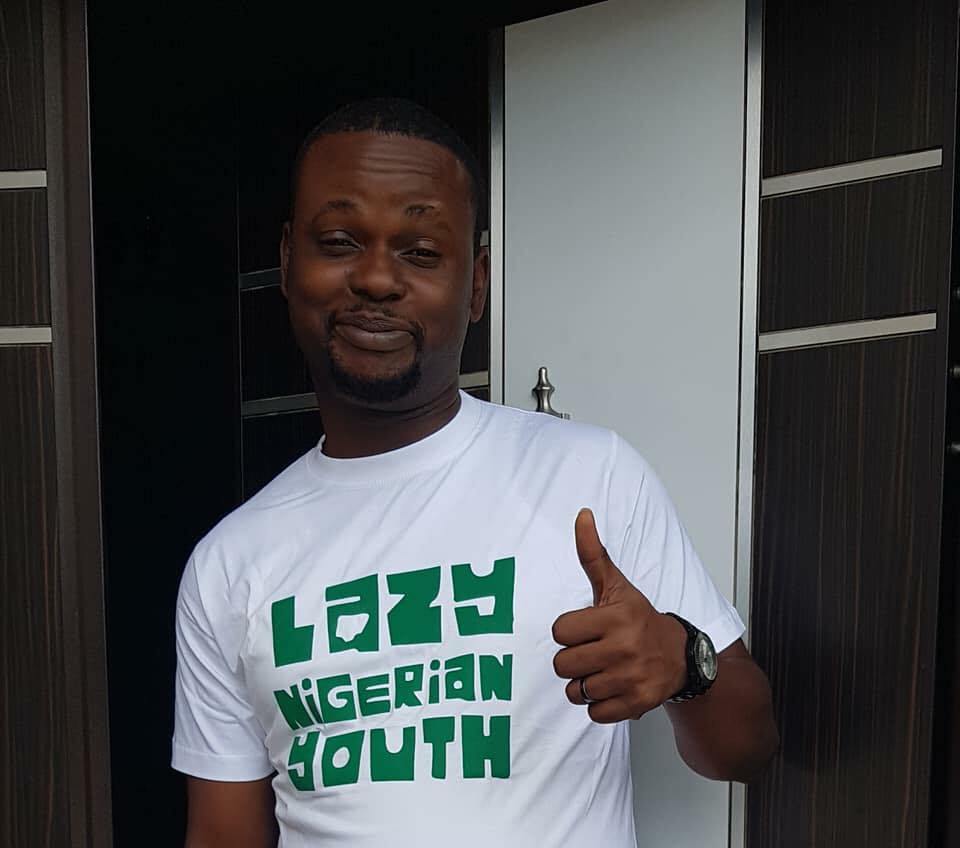 The youth were thrown into frenzy when President Muhammadu Buhari, speaking at the Commonwealth Business Forum in Westminster, UK, in April, said a lot of Nigerian youth have not been to school but they want everything free. TheCable’s Tijani Oluwamayowa, who happened to be the only journalist at the event who captured that, was severely criticised by the president’s supporters. Some even described the report as false. A video evidence had to be provided before critics sheathe their swords.

The president’s comment generated the controversy that led to #lazy Nigerian youth. Nigerians took to social media to protest and some displayed pictures of their various businesses and entrepreneurial endeavours just to prove otherwise and discredit the president.

Political opponents of Buhari also used the avenue to do what they know best. 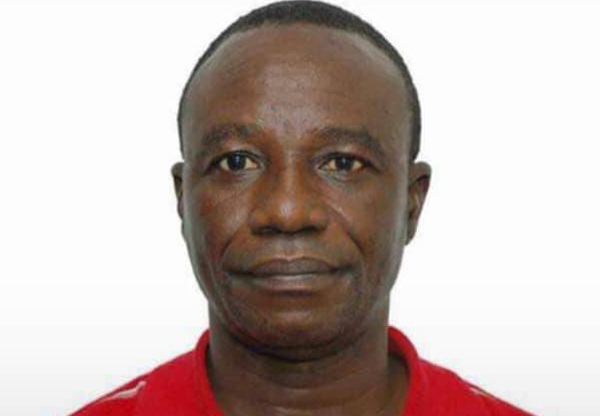 What started like a subtle conversation between a randy lecturer and his female student turned to a sorrowful tale of regret and downfall. In April, a private telephone conversation between Akindele, a professor of management and accounting at Obafemi Awolowo University, Ile-Ife, demanding five rounds of sex to award a pass mark to Monica Osagie, his female student, leaked and went viral on social media.

Akindele went into hiding after the scandal broke out but an investigative panel set up by the university concluded that the professor had an inappropriate relationship with Osagie and he was sacked “having found him guilty of all the charges against him”.

Last week, a federal high court in Osogbo, Osun state, sentenced Akindele to two years in prison after he was arraigned by the Independent Corrupt Practices and other related offences Commission (ICPC). 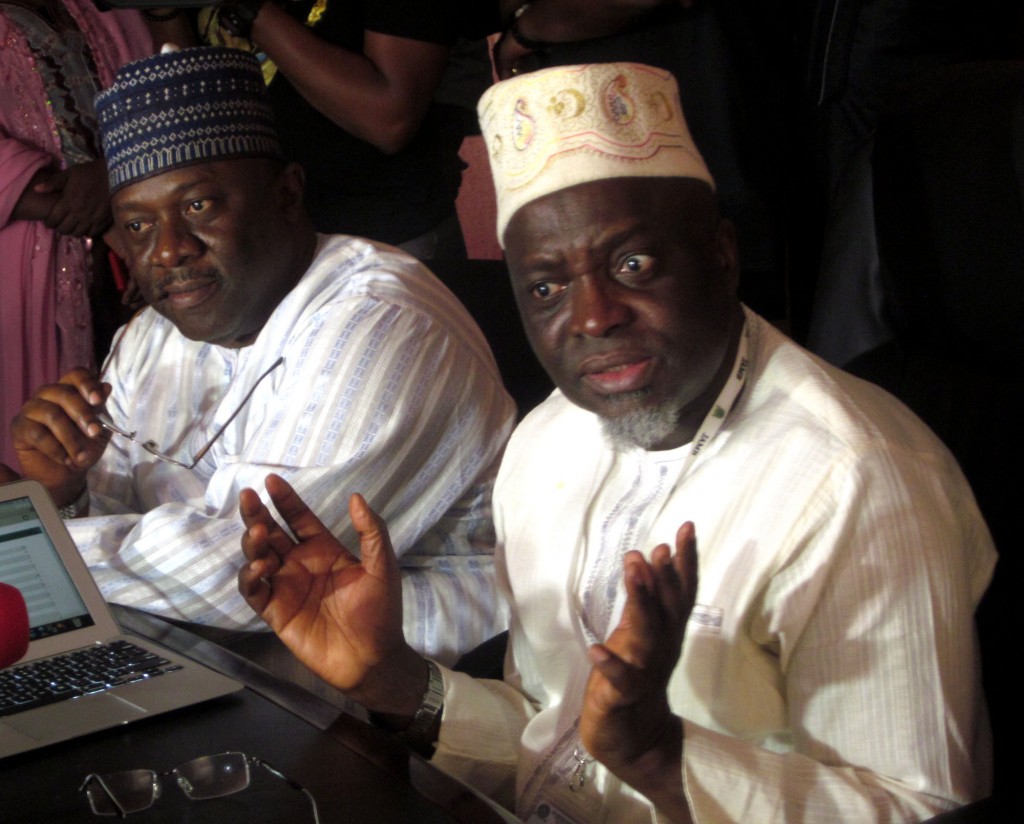 Ishaq Oloyede, JAMB’s registrar, was among those who interrogated Chiese

When, in February, the news broke that an official of the Joint Admissions and Matriculation Board (JAMB) in Makurdi, Benue state, said a snake crept into the cash vault in the account office of the board and swallowed N36 million which was the proceeds from the sale of admission scratch cards, many dismissed it.

In fact, it became more interesting when Shehu Sani, senator representing Kaduna central, visited the head office of JAMB with snake charmers. During interrogations by a team of auditors, Philomina Chieshe, the official in the midst of the controversy, denied stealing the fund, yet couldn’t account for it. She alleged that her housemaid connived with another JAMB official, Joan Asen, to “spiritually” steal the money from the vault.

Many couldn’t come to terms with the story as it defied logical explanations. Yet, it was agog in the social media for weeks. 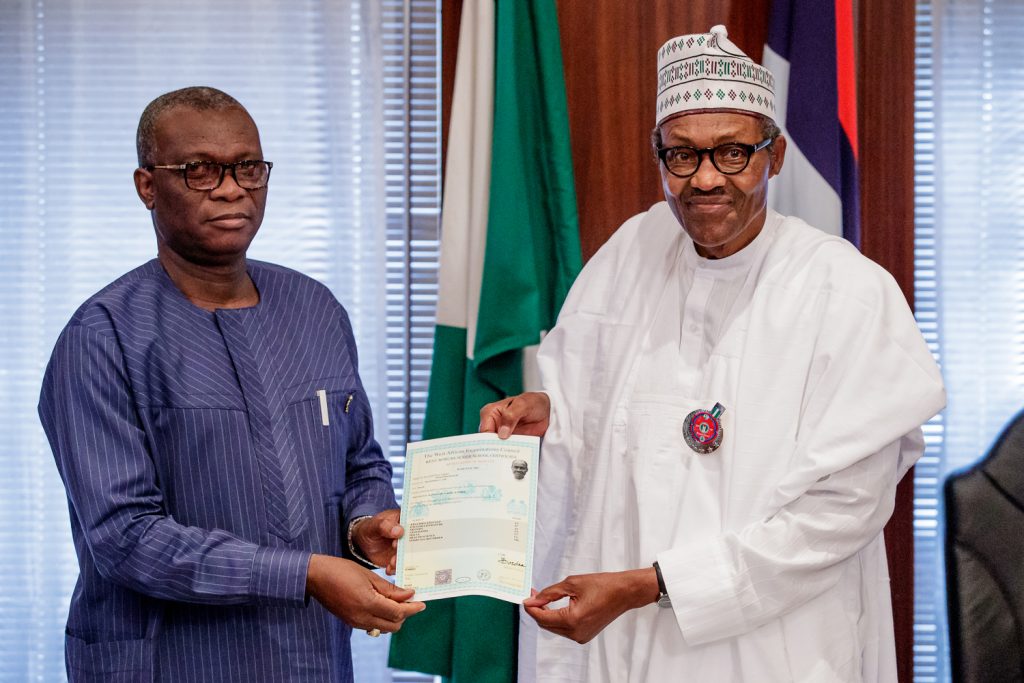 Prior to the 2015 presidential election, issues were raised concerning Buhari’s West African Examination Council (WAEC) certificate. The then ruling party, the Peoples Democratic Party (PDP), had claimed Buhari lied over the certificate he obtained from Government College, Katsina, in 1961. But Buhari scaled through the controversy and was elected president.

In 2018, the controversy resurfaced and took a new turn. The polity became heated as opposition parties renewed the call for Buhari to be disqualified due to the controversy surrounding the O’Level certificate and the claim in his affidavit to the Independent National Electoral Commission (INEC).

WAEC presented an attestation certificate and confirmation of school result to the president before the controversy was brought to a halt. 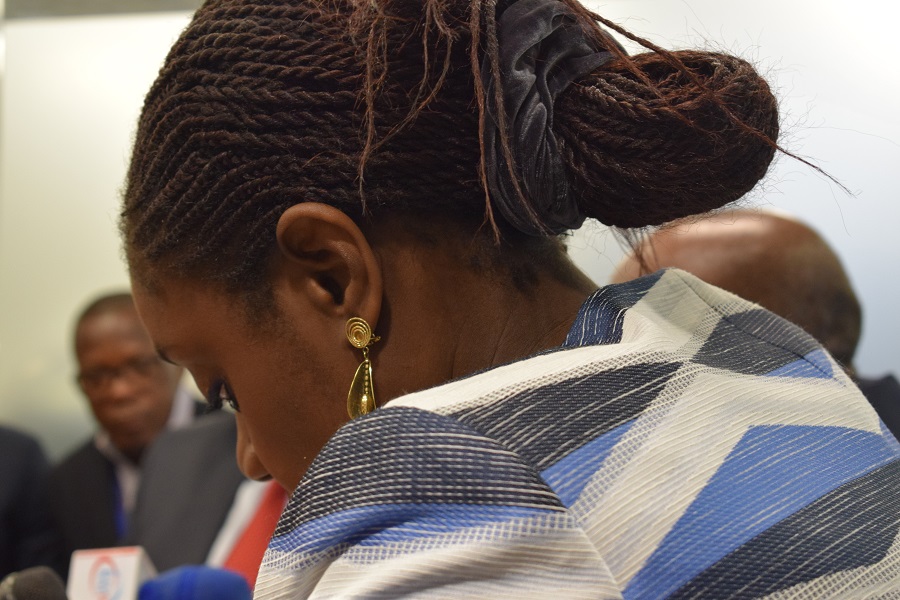 In July, Premium Times released an explosive report on how the former minister of finance was in possession of a forged National Youth Service Corp (NYSC) exemption certificate. She failed to participate in the NYSC programme as and when due. Having finished her first degree at the age off 22, she was not entitled to exemption on the grounds of age. According to NYSC Act, only those above the age of 30 can be exempted.

Adesoun had failed to comment on the accusation when the report surfaced online but the pressure kept piling. For someone whose public service had been fraught with controversies and breakthroughs from the time she was appointed in 2015, Kemi finally bowed to the storm and resigned her position in September. 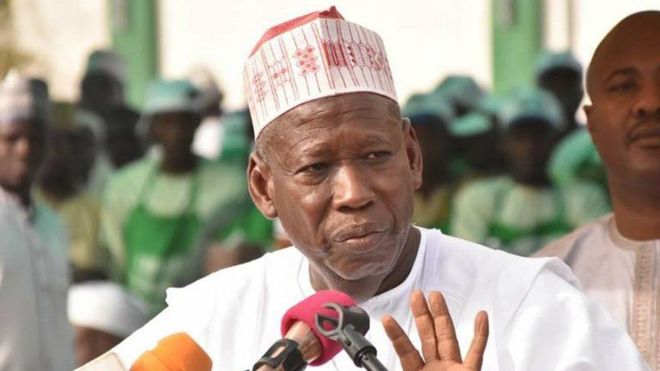 In October, the governor of Kano state was in the eye of the storm after a video published by Daily Nigerian, an online newspaper, showed him allegedly receiving bundles of dollars as kickback from contractors.

After the video surfaced, more were released and they trended on social media for weeks, with some describing the issue as a slap on Buhari’s corruption agenda- the governor is a member of the ruling party. Ganduje denied the allegations, saying his political opponents were behind it. The Kano state house of assembly had summoned him to answer questions on the allegations, but a high court in the state ordered the lawmakers to stop the investigations. Despite the controversy, Ganduje went on to receive different awards, including one from a national newspaper.

OSINBAJO’S INDICTMENT BY HOUSE OF REPS 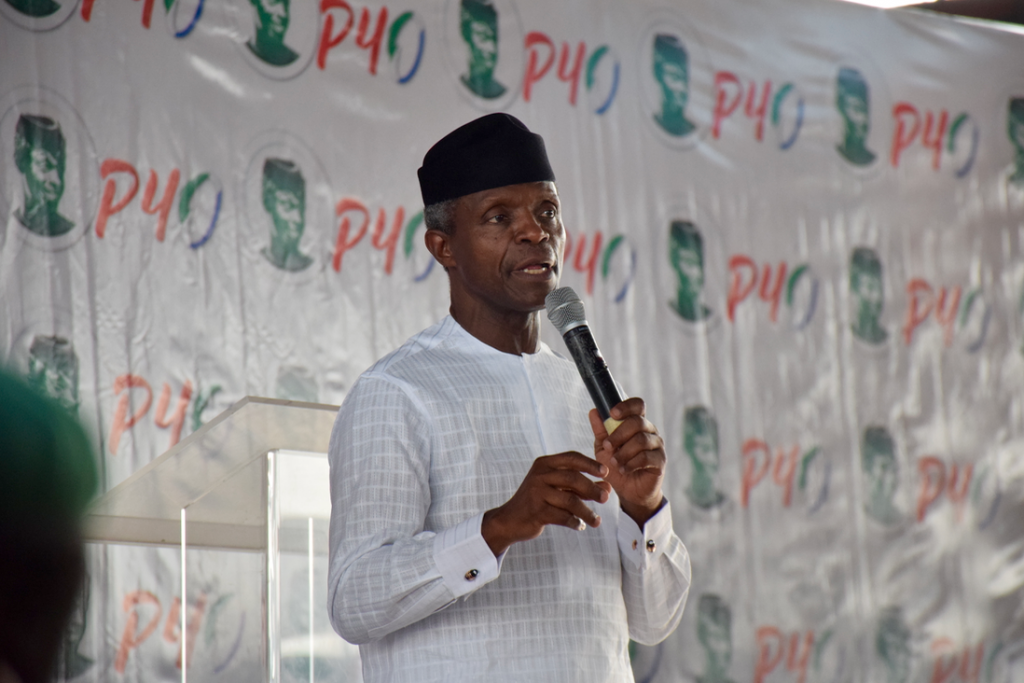 The vice-president also had a fair share of scandal in 2018. In November, the house of representatives indicted the governing board of National Emergency Management Agency (NEMA) chaired by Osinbajo over “illegal approval of N5.8 billion north-east intervention fund.”

But the vice president, who was acting on behalf of the president when he gave the approval, said it was within his constitutional authority as he needed to take emergency steps to forestall acute food shortages in the affected states. The house insisted that he erred and even summoned him. There were even rumors that the lawmakers contemplated impeaching Osinbajo. 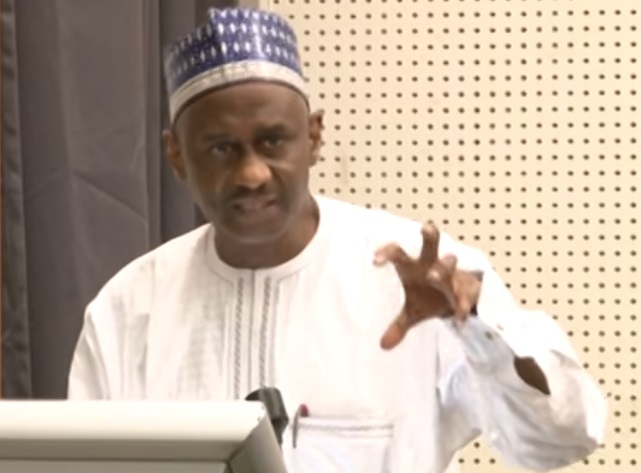 In July 2017, Isaac Adewole, minister of health, suspended Usman Yusuf, former executive secretary of the National Health Insurance Scheme (NHIS) over allegations of fraud and infractions. However, Yusuf was reinstated in February 2018. This threw the agency into crisis as workers bickered with him.

The crisis escalated in October after the governing council of the NHIS again suspended Yusuf  to pave way for investigation into allegations. But Yusuf would take none of that as he ignored the resolution of the council and insisted that the board had no power to suspend him.

The NHIS former executive secretary had stormed the office of the agency with officers of the Nigeria police force who fired teargas at workers in order for him to gain access into his office. But in October, Buhari directed Yusuf to proceed on administrative leave effective from November 5, pending the report of the committee set up to investigate the allegations. The committee has presented its report and Boss Mustapaha, secretary to the government of the federation, has promised implementation of the report. 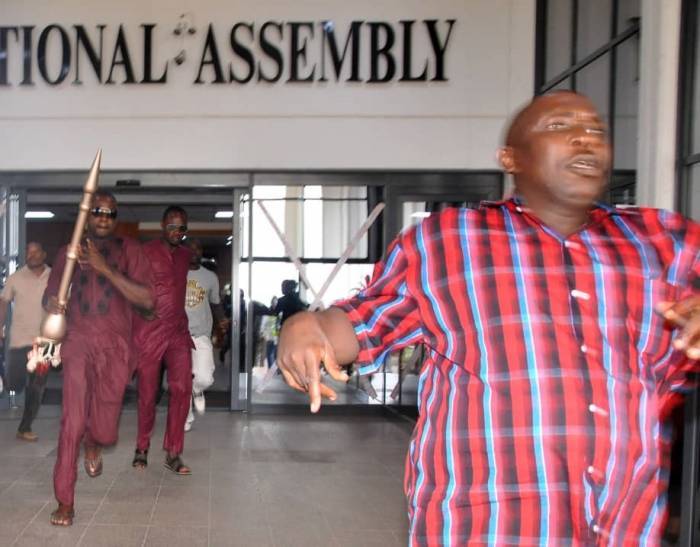 On April 18, a drama played out at the national assembly that left the nation in awe. The senate was thrown into confusion after suspected thugs broke into the chamber and carted away the mace, the symbol of authority of the upper legislative chamber.

Ovie Omo-Agege, senator from Delta state who had earlier been suspended, allegedly led the thugs into the red chamber. This led to an uproar in the chamber while security operatives ran after the senator and the “thugs” to get hold of the mace but were overpowered as the men ran outside into three waiting vehicles.

The house, however, produced a spare mace and continued with the plenary. Omo-Agege was later arrested by the police while the stolen mace was recovered under a flyover.

FALZ, MURIC AND ‘THIS IS NIGERIA’ 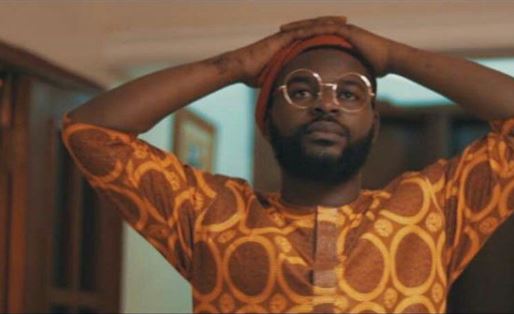 In June, Folarin ‘Falz’ Falana, incurred the wrath of the Muslim Rights Concern (MURIC) over the release of his controversial ‘This is Nigeria’ music video, featuring some girls dressed in hijab dancing “shaku shaku”. The religious body described the video as “insensitive, thoughtless and provocative”. The group had asked Falz to withdraw the video within seven days apologise to Nigerian Muslims, or face legal action.

This generated a lot of reactions from Nigerians who argued for or against the withdrawal of the video. Moreover, the controversy dominated the social media scene for days as more events unfolded.

Due to criticisms from Nigerians, the group later soft-pedalled on its threat to take legal action against the popular musician.

The outgoing year has been filled with intrigues.