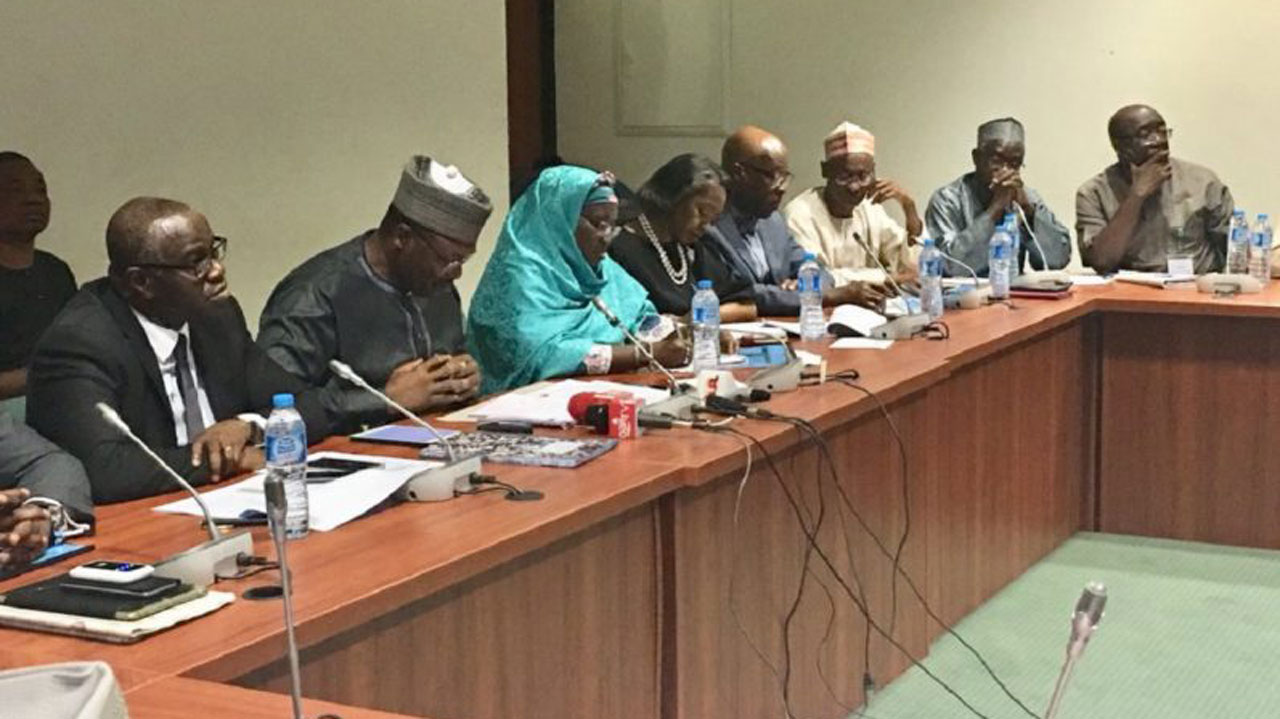 • Panels Begin Harmonisation Tomorrow
Unless a fresh doctrine of necessity is triggered to fast-track the process and procedures of the National Assembly (NASS), the ongoing confusion over the 2019 general election budget may experience more delay.

The two chambers can only reconvene to approve final report on the election budget when all relevant committees, including the Appropriation Committee have concluded work and their reports ready for consideration.

This cumbersome nature of legislative processes and procedures, is in line with the standing rules of both chambers, which stipulates that the work done by the committees on electoral matters is just the preliminary step, as their reports would, at the end of the day, be sent to the Appropriation Committee, which has the main responsibility of working on budget matters.

Meanwhile, after several failed attempts to agree on the conflicting budget proposals for the conduct of the 2019 poll, the committees in charge of electoral matters in both chambers are set to begin another process of sorting out their differences this week. Presently, these committees are at variance with each other over certain conflicting issues.

President Muhammadu Buhari had proposed that the sum of  N143.512b be approved for the Independent National Electoral Commission (INEC) to conduct the 2019 general election, even as he informed the legislature that another sum of N45.695b would be given to the commission as its budget for the 2019 fiscal year in the 2019 budget.

But INEC on the contrary asked the National Assembly to approve N189b for the purpose of conducting the 2019 election alone.

At the last joint sitting of the committees before they embarked on Sallah break, the lawmakers were sharply divided along these two positions.

While some members, particularly those from the Peoples Democratic Party (PDP) preferred that only the N143b proposed by Buhari be approved for INEC, their All Progressives Congress (APC) colleagues wanted the entire N189b requested by INEC approved.

It was learnt that the volte-face by the APC lawmakers to support the N189b requested by INEC, instead of the N143b sought by the President threw up serious suspicion among the members.

“Is it not curious that APC members who are supposed to be supporting the President are now sharply against him in this regards? He has made it very clear in his letter that due to funds constraints, only N143.6b will be made available for INEC to take care of the 2019 general election needs. Why are these people insisting on the sum of N189b?”, a member of the committee queried.

Besides the delay induced by the strict adherence to the standing rules of both chambers of the NASS, there are other key components of the election budget, as contained in President Buhari’s proposal, which are also awaiting legislative attention by the relevant committees.

For instance, the President, in the same letter asked that the sum of N11.457b be approved for the Nigeria Police Force in order to allow it carry out its functions effectively during the elections. He equally asked that the sum of N3.855b be approved for the Office of the National Security Adviser to carry out its functions in the election.

Still in the letter, the Department of State Services (DSS) was also to get N2.905b, while the Nigeria Security and Civil Defence Corps (NSCDC) was allocated N1.845b, and the Nigeria Immigration Services (NIS) is to also get some N530m.

The Committees of the Senate and the House of Representatives in charge of all these security organisations would have to meet and collate appropriate data before compiling their reports for onward submission to the Appropriation Committee.

It is only when the Appropriation Committee of each chamber finishes its work that the plenary can be convened to discuss the budget report at a Committee of the Whole. The timing of the President’s submission of the budget proposal, as well as, the sources of the funding for the election as contained in the President’s proposal have both been sources of controversy and contention.

Many lawmakers have described as unpracticable, the President’s request that monies already voted for capital projects in the 2018 budget be converted to election budget.

Chairman, Senate Committee on Banking and Insurance, Rafiu Ibrahim provided an insight into the cause of the disagreement between the National Assembly and the Presidency on the election budget.

“The budget is law and the executive knows about that very well. Having signed the 2018 Appropriation Bill into law, it means you must implement it faithfully. But because the President never wanted to execute the capital projects from the beginning, he has now written back to us to approve that money for those projects be spent on election.

“Well, as you know, the National Assembly has power over budget. So, it is within our power to either do the President’s wish, or look for alternative means of funding the 2019 election within the 2018 budget as passed,” Ibrahim, who is member of the Senate Committee on Appropriation disclosed.

It emerged at a meeting between the National Assembly leadership and INEC that the Presidency got the estimates of the election cost from the Commission since February 2018.