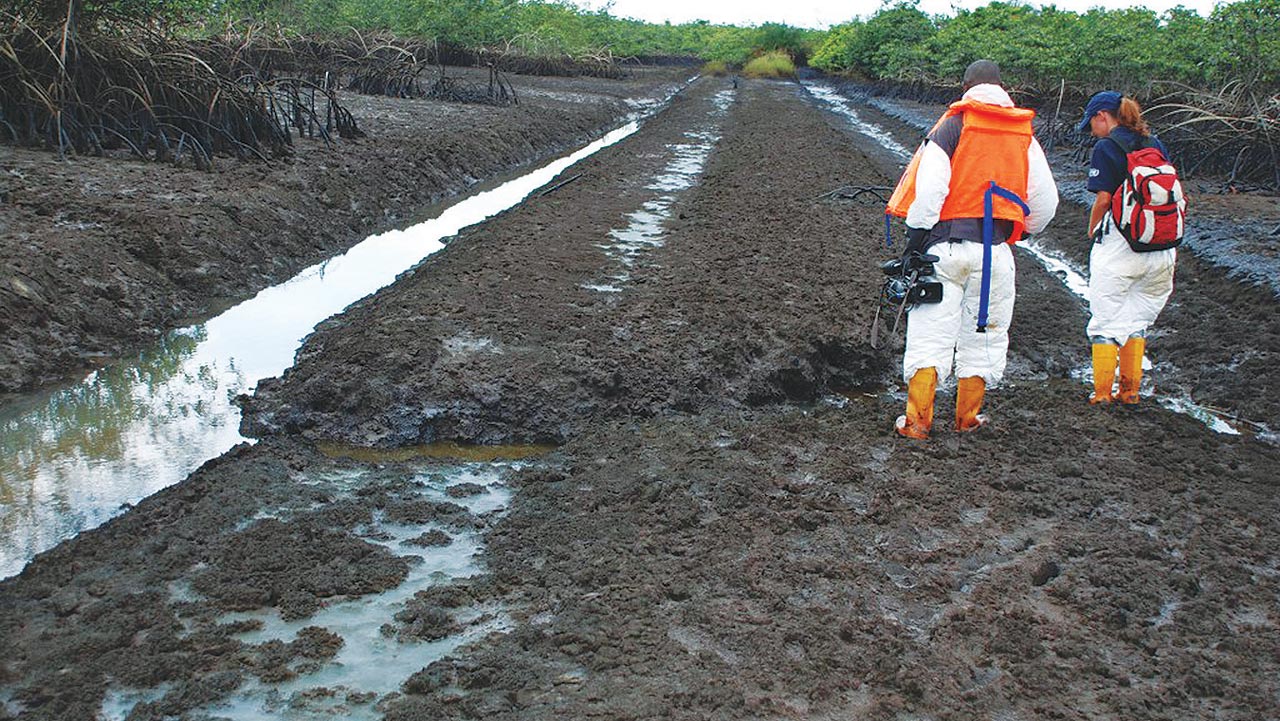 Movement for the Survival of the Ogoni People (MOSOP) has petitioned President Muhammadu Buhari over Federal Government’s planned resumption of oil production in Ogoniland. It said the purported move smacked of disdain and mockery of the Ogoni struggle against exploitation of international oil companies (IOCs) in the last three decades.

MOSOP President, Legborsi Saro Pyagbara, in the petition titled: Before Ogoni Is Killed Again, said the Ogoni was deeply concerned that rather than pursue reconciliation, the Buhari administration had begun taking steps that seems to return Ogoni people to repression and disharmony.

In the petition, which was presented to Secretary General of Unrepresented Nations and Peoples Organisations (UNPO), Ralph Bunche and European Union (EU) Secretariat at Brussels yesterday, Pyagbara said MOSOP received information from a leaked memo in which the President directed the NNPC/NPDC to take over operation of OML 11 with disbelief.

It would be recalled that OML 11 contained the Ogoni oilfields operated by Shell without regard to free, prior and informed consent of the Ogoni people nor consultations with them.“We had hoped that the Federal Government would adopt a new approach in dealing with this matter that recognises the issues Ogoni people had raised relating to company-community relations and benefits sharing in the event of resumption.

“We have been disappointed. The manner in which this matter had been handled reminiscent of the great partitioning of the Berlin Wall among invaders and colonizers is unacceptable to us. “The era in which some people sit in Abuja and partition peoples backyards and lands in the name of oil blocs and give them to their cronies without community input is over as it goes against internationally accepted best industry practices in the 21st Century. We cannot be treated as slaves in our own land,” the petition reads.

MOSOP told the President that the Ogoni people received the news of his commitment to the implementation of United Nations Environment Programme (UNEP) report released on August 4, 2011 with relief and appreciation, but that current development had dashed their hopes.
Responding, Bunche stressed that Ogoni people were a strategic partner to UNPO, promising that they would do all in their powers to ensure that global attention is drawn to the emerging conflict on government’s attempt to resume oil operations in Ogoni.

Meanwhile, a coalition of traditional Rulers from the Niger Delta region under the aegis of Association of Rural Chiefs (ARC) yesterday supported Femi Falana, over his call on President Buhari not to renew oil block licenses.Femi Falana, had in a letter addressed to the President, dated March 20, 2019, commended Buhari for his decision to revoke the licences of some oil block owners.

Coordinator of ARC, Chief Nengi James-Eriworio, in a statement issued in Yenagoa, applauded Falana for the bold step and genuine advice, adding that the monarchs from host communities of the Niger Delta were in support of the call for the non-renewal of oil block licences and awarding them to the oil bearing communities.