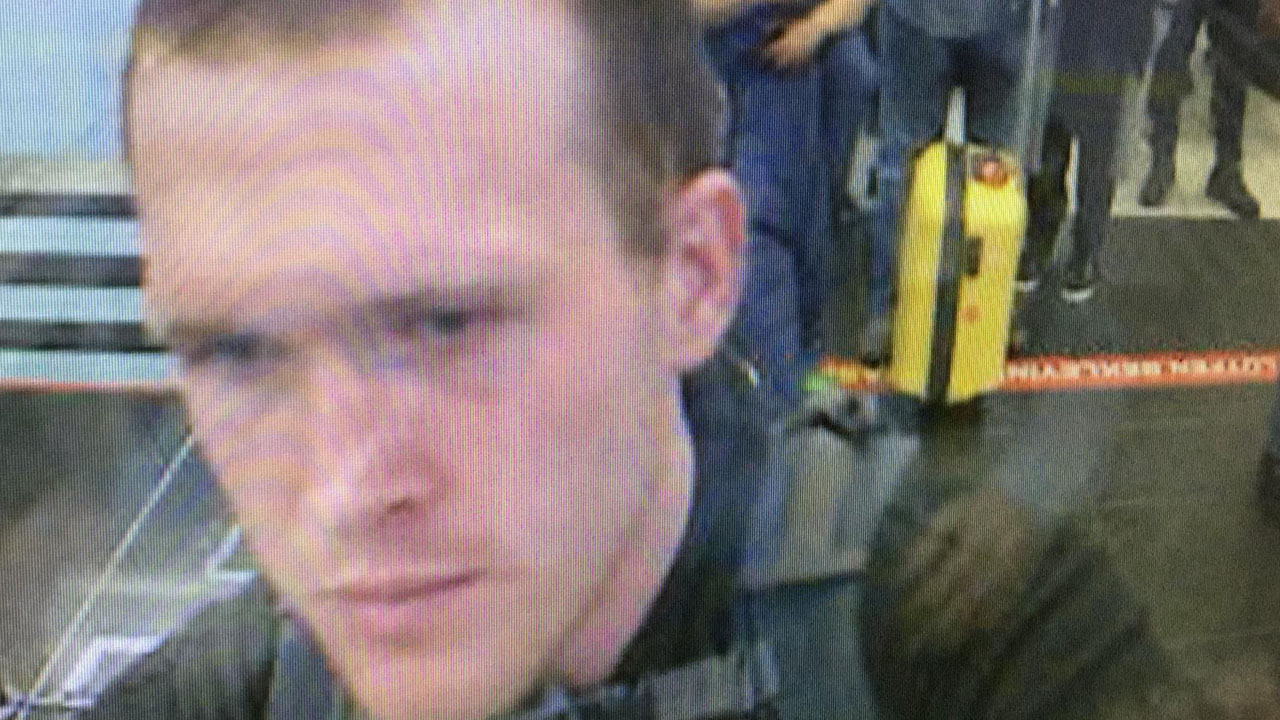 A handout frame grab taken from a CCTV video made available by the state-run Turkish broadcaster TRT World on March 16, 2019 shows the arrival of a man who is believed to be Australia-born Brenton Tarrant on September 13, 2016 at Istanbul’s Ataturk International airport in Turkey. – A visitor believed to be 28-year-old Australia-born Brenton Tarrant — who has been arrested and charged with murder in New Zealand — “visited Turkey several times and stayed for a long period in the country,” the Turkish official said without giving dates. (Photo by TRT WORLD / TRT WORLD / AFP) /

Suspected mosque gunman Brenton Tarrant faces an “unprecedented” sentence that bars him from ever applying for release, but could yet dodge terror charges, legal experts told AFP Monday.

The 28-year-old Australian has been charged with one initial count of murder over the mass shootings that killed 50 people in the southern city of Christchurch and faces life in prison.

In New Zealand, being found guilty of murder usually comes with a minimum of 10 years in jail before possible parole.

But legal experts said Tarrant’s alleged crimes were so extreme they could warrant the heaviest sentence imposed by a judge in the South Pacific nation since the abolition of the death penalty in 1961.

“He may be sentenced to imprisonment without parole. There is a very significant possibility,” criminal lawyer Simon Cullen told AFP, adding that such a sentence would be “unprecedented”.

“This would seem to be… the type of situation that may well attract consideration of that type of sentence.”

The longest-ever murder sentence imposed in New Zealand was in 2001 when a judge sentenced William Bell to life imprisonment with a 30-year minimum term for a triple murder.

The Terrorism Suppression Act was only introduced in 2002, after the US 9/11 attacks and is untested in the courts.

“We haven’t used our terrorism laws previously and the laws are designed to inhibit or prosecute those involved with groups and financing and publications and the like,” Hodge told AFP.

“I don’t think there’s any reason to use statues that have not been used previously when the Crimes Act — murder, attempted murder, manslaughter — are perfectly functional and well-understood.”

“It has not been tested in the appeal procedure. Appeals courts point out where the problems might be.”

While 50 people were killed in the rampage, police have so far charged Tarrant with one count of murder.

This is not unusual in New Zealand, with the first alleged offence used as a “holding” charge as police carry out their investigation, Cullen added.

Meanwhile, experts said the charges faced by an 18-year-old, whose name was suppressed by a court Monday, for distributing Tarrant’s livestream video of the deadly shooting were also breaking new ground.

The teenager was charged with two counts for sharing the livestream of the attack and for making “objectionable” online publications about one of the mosques.

The teenager is so far not believed by police to be directly involved in his attacks.

“I’m not aware of using it for terrorism-related subjects. It’s unusual… when it is used for sharing something which is a news event,” he said.