You are here
Home > breaking nigerian news > “My Father Burnt Everything I Had Because I Accepted Jesus Christ,” – Senator Binta

Binta Masi Garba, a lawmaker representing Adamawa north senatorial district, says her biological father burnt her property as a result of her decision to give her life to Jesus Christ.

According to PUNCH, she narrated her ordeal at the Chapel of Praise International Church, Yola, Adamawa capital, during a thanksgiving service organised to mark her 50th birthday on Sunday.

Smouldered in tears, Binta, said God made it possible for her to become a cornerstone after the deprivation and rejection she suffered after being a Christian.

“I gave my life to Christ when I was in primary school. My father was infuriated and he burnt everything I had because of my decision to follow Christ,” she said. 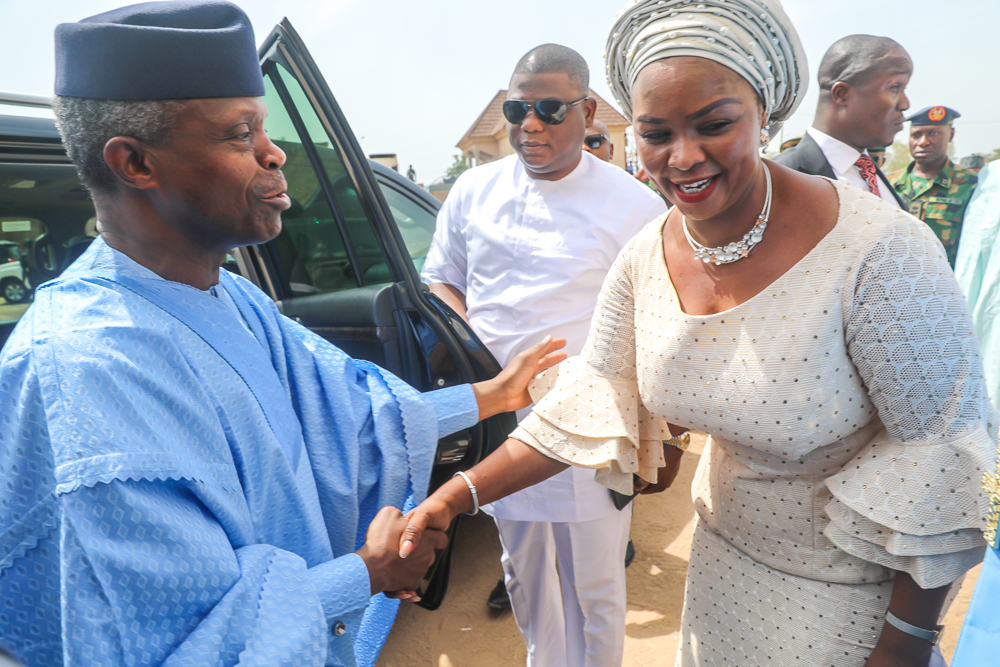 The lawmaker welcoming Osinbajo to the occasion

“I suffered so much because of the name of Jesus. I would have been nothing if for His grace. The rejected child, because of my faith, has become a cornerstone. I give glory to His name.”

The lawmaker’s father was the driver of Ibrahim Babangida, former military president.

At an empowerment programme she attended in Zamfara in 2009, Garba told an important story.

When she rose to speak, she addressed Aisha, Babangida’s first daughter, who was at the time the wife of the state governor.

“Your Excellency”, she said, “I have a confession to make. You may not know it, because at that time you were a little girl, my father was your father’s driver. But now I am sitting with you on the same high table.”

Also Read: “How God Delivered Me From Being A Thief After Losing Mum At Age 4,” – Mike Bamiloye

In his homily, Osinbajo called for prayers for leaders, particularly Christians holding various positions in the highest level of government in the country.

He asked for prayers for Mustapha, Winifred Oyo-Ita, head of the civil service of the federation, and other Christian appointees in the administration of President Muhammed Buhari.

Osinbanjo said he believed that Buhari had appointed some of the finest Christians in his government in order to bring change.

He said that though himself, Mustapha and Winifred among a few others are very good Christians, he urged Christians to support them with prayers. 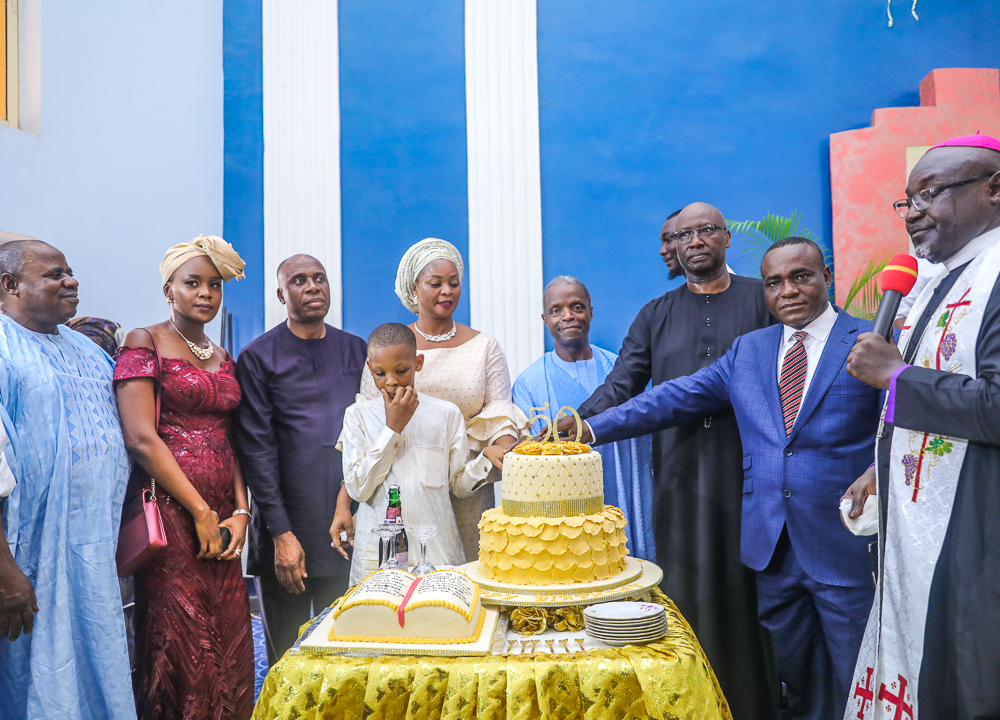 The celebrant with top government functionaries and her family members

“But it is not enough to have Christians in government like myself. It is never enough. If you look through the scriptures whether it was Joseph, Daniel or Esther, every person who made an impact in governance in the scripture that we see was supported by the prayers of the people of God.”

The post “My Father Burnt Everything I Had Because I Accepted Jesus Christ,” – Senator Binta appeared first on LATEST NIGERIAN NEWS BREAKING HEADLINES NEWSPAPERS.