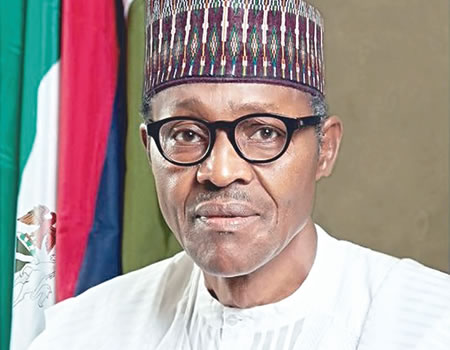 The clean copy of the N30,000 National Minimum Wage Bill passed by both the Senate and the House of Representatives has already been transmitted to President Muhammadu Buhari for his assent.

The President of Nigeria Labour Congress (NLC), Comrade Ayuba Wabba, who disclosed this yesterday said the clean copy of the passed bill was sent to the President on Wednesday.

Wabba made this known, even as the National President of Medical and Health Workers Union of Nigeria (MHWUN), Comrade Josiah Biobelemoye, called of President Buhari not to appoint medical doctors as Minister of Heath, Minister of state for health, and Minister of Labour at the same time, while also having a doctor as the Permanent Secretary in the Ministry of Health.

Wabba, who was speaking at the 10th National Quadrennial Delegates Conference of the Medical and Health Workers’ Union of Nigeria (MHWUN) held in Abuja on Thursday said the organised Labour and workers were eagerly awaiting the President assent and the full commencement of the N30,000 national minimum wage.

According to Wabba, the new national minimum wage is already overdue, adding that workers have been patient enough with the government and employers of Labour.

He said the expectation of Labour was that the implementation of the new wage at all levels of government must go seamlessly, warning that Labour would use all the powers available to the working people to ensure it is implemented across the states of the federation and at all levels.

However, the NLC President regretted that the rate of inflation is now higher than the increase.

Wabba said: “I am aware that the minimum wage bill has been passed and a clean copy has been transmitted to the President yesterday (Wednesday) and are we expecting the President to assent to it and I am sure our workers will benefit from it. It is important.”

“I say from the point of fact that it is long overdue. It is not only long overdue, what is even N30,000 in the Nigerian economy. Therefore, everybody must agree that workers have been patient, workers have demonstrate enough commitment and therefore, I think, implementation at various levels should actually go seamlessly.”

“We are also looking at the implementation, I assure you in our normal way, we will continue to support our states; from one state to the other until everything and everybody is able to benefit from it.”

He warned that unless their appointments, with that of the Permanent Secretary and heads of departments in the Health Ministry are all managed by professionals in the health sector, the incessant strike would not stop.

He stated that such practice, which has persisted for a long time now had destroyed the health sector, because only the minority group among the professionals that are the managers of the sector.

The MHWUN president said the continue handing over of the sector to one profession, whose sole purpose is to exclude others in the healthcare delivery system can only led to industrial disharmony.