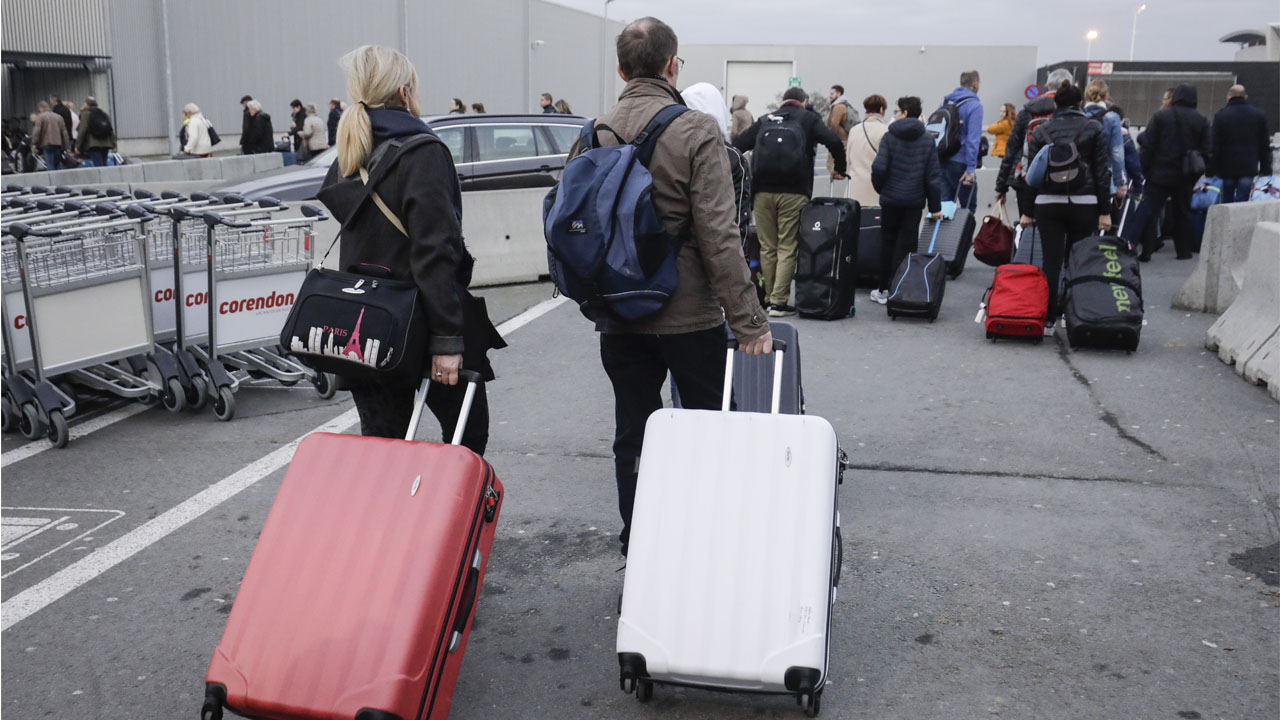 Passengers leave Brussels national airport in Zaventem, on the outskirts of the Belgium capital, on February 13, 2019, during a national general strike. – Belgian airspace was to be closed to all flights below 8,000 metres on February 13 as a national strike threatened to bring the European country to a standstill. (Photo by THIERRY ROGE / BELGA / AFP) / Belgium OUT

Belgium slowed to a standstill on Wednesday as a national strike closed airports, shuttered businesses and caused major disruption to railways.

The strike, called by three unions, severely disrupted the country’s public transport, particularly in Brussels, where a meeting of NATO ministers was set to take place.

In the Dutch-speaking city of Ghent, two protestors were slightly injured when a vehicle forced a picket line, local police told AFP. The driver was arrested.

“The movement is well followed everywhere and in all sectors,” said CSC union general secretary Marie-Helene Ska on Bel-RTL radio.

The national railway company expected half the trains nation-wide would be cancelled because of the movement, but high speed train traffic to London and Paris should be mostly spared.

The air traffic control agency, Skeyes, announced on Tuesday that it would not allow any flights to or from the country because it could not determine with certainty which employees would come to work.

No aircraft flying below 8,000 metres altitude would be allowed to fly over the country, the agency warned.

Skeyes was not able to say how many flights or how many passengers would be affected.

“Even if the terminal will remain open, we ask all passengers not to go to the airport,” said Brussels Zaventem airport, the largest in Belgium, in a statement.

Charleroi airport, the second largest in Belgium and a local hub for low-cost giant Ryanair, had already announced its closure.

The German carrier TUI fly will operate its scheduled Belgian flights from the nearest French and Dutch airports.

Unions are calling for higher wages, benefits and pensions, and better end-of-career conditions. The movement is putting pressure on the right-of-centre government ahead of general elections in May.

Brussels, home to NATO, will be hosting a meeting of defence ministers that day, with officials from throughout the transatlantic military alliance converging on the city.

Dozens of supermarkets were closed, mainly in the French-speaking part of Belgium.

“Forty-four supermarkets are closed and we hope that the situation does not change during the day,” said Carrefour spokesman Baptiste van Outryve to Belga news agency.

The last general strike in Belgium was in December 2014.