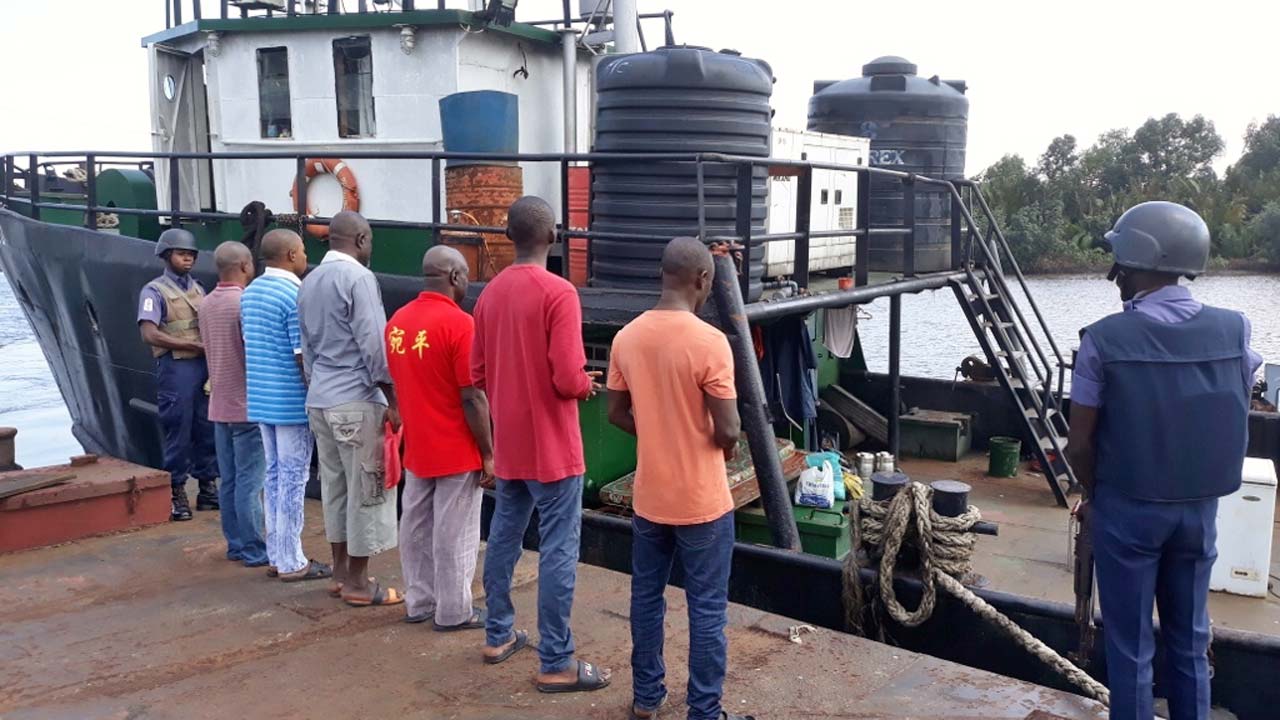 The Nigerian Navy in Bonny, Rivers, says it seized about 1.22 million litres of adulterated diesel from six crewmen believed to be smugglers.

The suspects, who were arrested along the state waterways, were alleged to have smuggled the petroleum products, worth about N350 million from Lagos.

“The arrest followed routine patrols of one of our capital ships, NNS Okpabana, deployed on sea to stem crude oil, illegal bunkering and other illicit activities within the maritime environment.

“In the course of such patrols, NNS Okpabana intercepted, MV Princehood, over the vessel suspicious movement along the sea.

Gwaska said that troops, after boarding the vessel, found out that the vessel was laden with 1.2 million litres of diesel, suspected to have been lifted from unapproved refining site.

He said preliminary investigation was immediately launched and that it was found out that the vessel loaded the diesel in Lagos and headed to NSDC terminal off Bonny before its seizure.

“The vessel was later arrested on the grounds that her destination was inconsistent with what was captured on her manifest.

“Also arousing troop’s suspicion was the fact that the quantity of petroleum product on board the vessel was inconsistent from what was declared by captain of the vessel.

“We later found out that what was earlier declared by captain of the vessel was at variance with what was got after calibration test was carried out,” he said.

Gwaska handed over the six suspected smugglers and vessel to operatives of the Economic and Financial Crimes Commission (EFCC) to conduct further investigation and possible prosecution of the suspects in court.

The officer noted that the zero tolerance policy adopted by naval authorities had led to drastic reduction in oil theft, illegal bunkering and other illicit activities on the waterways.

According to him, the navy has “upped its game” with new strategies and measures to deter criminals, especially as the ember months approaches.

“The Nigerian Navy has stationed its capital ships on routine patrols at sea as well as set up lots of barriers on the hinterlands to discourage criminality.

“We are not relenting in our commitment to rid the nation’s maritime environment of illicit activities, for legitimate social and economic activities to thrive.”