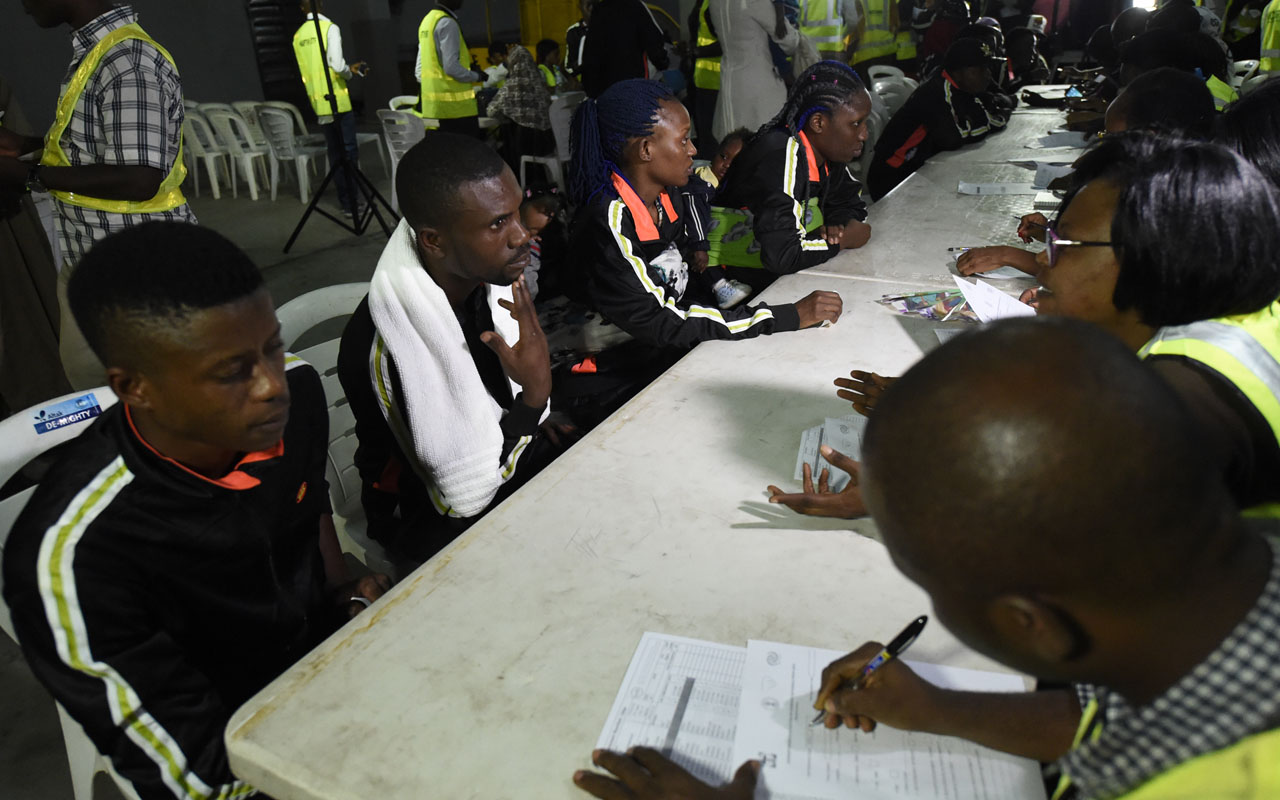 The National Emergency Management Agency (NEMA) has received another batch of 121 stranded Nigerians from Libya.

Mr Segun Afolayan, Acting Zonal Coordinator, NEMA, South West Zone, who confirmed this to newsmen on Friday in Lagos, urged the returnees to make good use of the second chance offered to them by God by forging ahead and making positive contributions to the development of the nation.

Afolayan said the Nigerians arrived at the Cargo Wing of the Murtala Muhammed International Airport, Lagos at 9.15 p.m. on Thursday aboard a chartered Al-Buraq aircraft and were received by NEMA and other government agencies.

He said the returnees were assisted back home by the International Organisation for Migration (IOM) under its Assisted Voluntary Return Programme.

Afolayan said the returnees are made up of 29 females, five children and four infants.

Other, he said, included 75 male adults, two male children and six male infants, adding that the returnees were brought back from three volatile cities in Libya- Sabha, Bram Alshati and Oubari.

One of the returnees, Miss Chisom Johnson, told newsmen that she was a professional hair stylist before she was lured to Libya by her trafficker who promised to take her to Europe in 2014.

Johnson said, “I was deceived that I will get a better job in Germany as a stylist. There were 20 of us in the team and we were promised that we will fly to Germany but after two weeks we found ourselves in Niger Republic.

“We were in Lbya after three weeks. Madam told all of us that we can’t get to Germany immediately. She ordered us to sell our bodies in order to refund the N1.4 million she spent to transport us.

“I pleaded with her to give me another option and was asked to work at a restaurant where I refund her money.”

The 32-year-old returnee alleged that after making the full payment, her madam orchestrated her kidnap and she was made to pay N650, 000 with an additional threat of paying an extra N1. 3 million to the woman.

She said, “I paid her working all sorts of work. I returned to Nigeria with nothing to show for the wasted four years

“I want to beg those people thinking about traveling on irregular journey to desist. There is nothing better out there than Nigeria.

“Is it the freedom to move around? Is it the liberty to engage in work without fear of hoodlums breaking into your house and taking away your sweat because there is no banking system for you?

“We had to keep our cash with us and the boys invade us to take it away. Nigerians should stay and look for better opportunities here please.”