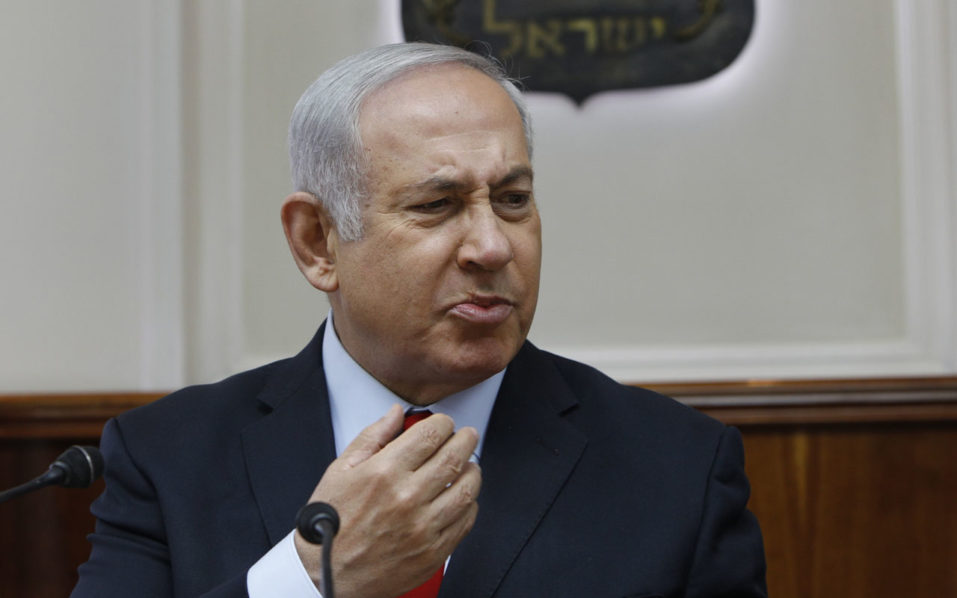 “I would like to praise the tough stand expressed yesterday by President Trump and Secretary of State (Mike) Pompeo against the aggression of the Iranian regime,” Netanyahu said at the start of a cabinet meeting.

“Over the years, this regime has been spoiled by the major powers and it is good to see that the US is changing this unacceptable equation.”

Iran is Israel’s main enemy and Netanyahu has long pushed for a tougher stand against it by international powers. He has repeatedly lauded the Trump White House’s hawkish rhetoric toward the country.

Trump used Twitter on Sunday to send out an all-caps salvo: “NEVER, EVER THREATEN THE UNITED STATES AGAIN OR YOU WILL SUFFER CONSEQUENCES THE LIKES OF WHICH FEW THROUGHOUT HISTORY HAVE EVER SUFFERED BEFORE.”

Iranian President Hassan Rouhani had on Sunday warned Trump not to “play with the lion’s tail,” saying that conflict with Iran would be the “mother of all wars”.

Trump’s comments came after Pompeo, in a major address to the Iranian diaspora in California, said Washington was not afraid to sanction top-ranking leaders of the “nightmare” Iranian regime.

Netanyahu lobbied hard to have the nuclear deal between Iran and world powers cancelled, and Trump withdrew the United States from the agreement in May.

All other parties to the deal — Russia, Britain, France, Germany and China — have sought to keep the deal in effect, saying it is working as intended by preventing Iran from obtaining nuclear weapons for now.

Netanyahu has also pledged to keep Iran from entrenching itself militarily in neighbouring Syria, where Tehran is supporting President Bashar al-Assad in his country’s civil war.

A series of strikes that have killed Iranians in Syria have been attributed to Israel.

Russia is also supporting Assad in the war. Netanyahu has held a series of talks with Russian President Vladimir Putin in recent months on Syria and Iran.

Netanyahu said Putin requested the meeting with Lavrov and General Valery Gerasimov “in a conversation with me a few days ago”.

On June 19, Syrian government forces launched a Russia-backed offensive to retake Daraa and Quneitra provinces in the country’s south, near the Israeli-occupied Golan Heights.

Regime forces have now regained control of most of the two provinces through a combination of deadly bombardment and Moscow-brokered surrender deals.

Israel is eager to obtain guarantees that Iranian forces and allied groups, such as Hezbollah, are kept away from the Golan.

Jordan’s foreign ministry announced in a statement that the kingdom received 422 Syrian citizens, after earlier saying it had given permission for 800 to arrive.

Founded in 2013, the Syria Civil Defence, or White Helmets, is a network of first responders which rescues the wounded in the aftermath of air strikes, shelling or explosions in rebel-held territory.