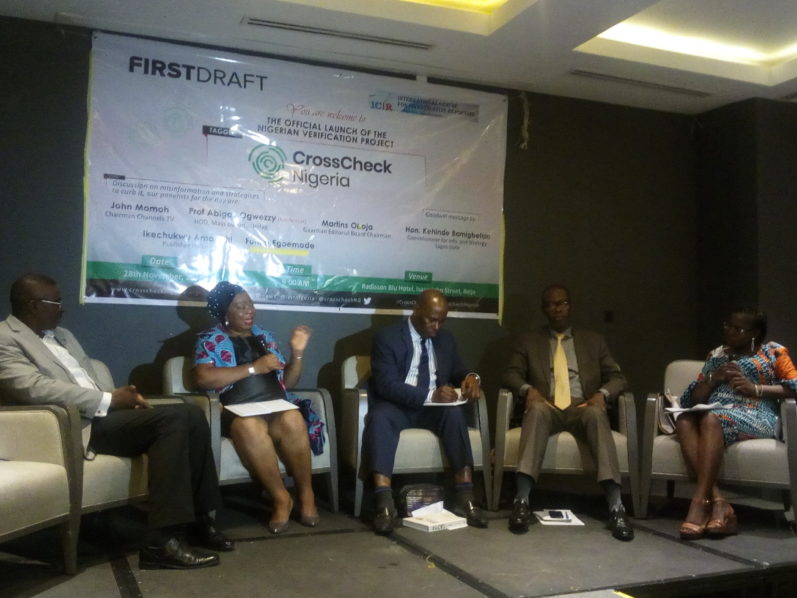 Media executives in Nigeria have warned members of the public against the spread of fake news on social and traditional media platforms as the 2019 elections approach.

The executives spoke at the launch of CrossCheck Nigeria, a verification project for Nigerian journalists to tackle false news at Ikeja, Lagos.

Chairman, Editorial Board, The Guardian Newspaper, Martins Oloja, said it was time for media houses to stay vigilant against compromising ethical standards of accuracy, truth and objectivity.

Oloja, who described the spread of fake news on media platforms as terrible, urged journalists to rely on facts alone for the readership of their audience.

“Misleading people is not a new thing. We cannot say we are not empowered to check and present facts to the public. The foundation of journalism is truthfulness,” Oloja said.

He, however, urged journalists to “learn, unlearn and relearn” the advent of technology to be able to debunk falsehood and present the truth.

The editor also warned journalists to be vigilant of the spread of false news contents by political parties and their candidates as the Nigeria 2019 general election approaches.

“Do not mislead anybody. Facts are sacred,” Oloja said.

Also, the publisher of The Niche Newspapers, Ikechukwu Amaechi, said: “The phenomenon spread of disinformation is deliberate to cause confusion.”

He called on journalists to investigate claims rather than falling vulnerable to the trend of fueling misinformation.

“As the ethics of this profession is, as gatekeepers, we must crosscheck these reports,” Amaechi said.

“Professionalism should not be compromised, your first obligation is to discharge it regardless,” Momoh said.

Momoh used the occasion to urge other media houses to give equal voices to all political parties regardless of popularity and status.