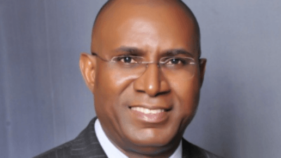 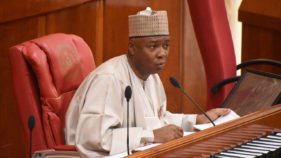 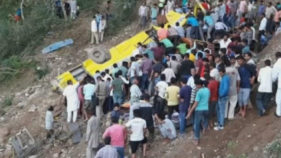 The Nigerian state witnessed another dramatic show of shame by the Nigerian Senate on Wednesday when a suspended senator, Senator Ovie Omo-Agege, stormed the Senate Plenary Session with thugs and seized the symbol of authority the Mace before he was taken away the Nigerian Police. 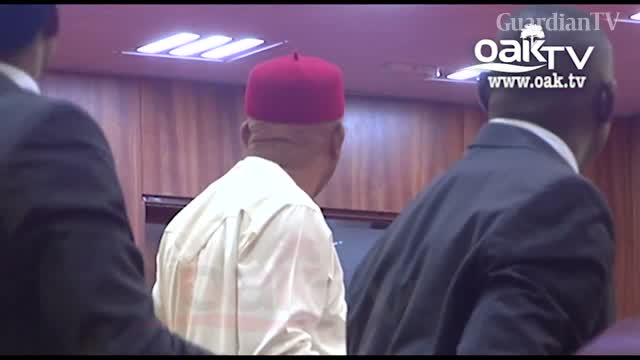 Nigerians have been reacting to the news since videos of the exchange surfaced online.

@Bhadooshky- We now have Maze Runners in this country called Nigeria. What wont we see/hear. National Assembly chamber has turned to Nollywood Movie Location. Wonderment

@Bhadooshky – A National show of shame happened at the National Assembly, but you are here looking for whose spelling of “Mace”/”Maze” is correct/wrong. We are not ready to change anything in this country.

@MrFixNigeria- For a long time, suspected and suspected herdsmen have been attacking and killing innocent Nigerians. Today, suspected thugs decided to visit the Nigerian Senate. The POINT is: no one is really safe in a country where the leaders pay lip service to the security of citizens!

@newscantell- Nigerian Senate suspended Sen.Ovie Omo-Agege because he opposed the electoral amendment bill. He came back today with thugs and took away the mace from the national assembly. The part I don’t get is how did he get out of NASS without security officials noticing it.

Meanwhile, the Senate has given the IGP a 24-hour ultimatum to provide the mace.

The Senate president, Bukola Saraki, who is in Washington for the World Bank/IMF meeting has issued a statement commending the Deputy Senate President Senator Ike Ekwerenmadu and other house members for standing up to the attack at the Red Chambers of the Nigerian Senate.