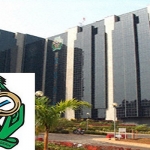 Nigeria’s foreign exchange reserves have climbed beyond $40billion as of last week, according to the Head of Communications, Central Bank of Nigeria (CBN), Mr Isaac Okoroafor.

Data from the apex bank shows the reserves rose to $42.8 billion, growing by $3.5 billion since the beginning of the year.

The reserves opened the New Year at $39.3 billion.

The steady increases have been driven largely by rising crude oil prices, which touched $71 per barrel in January, before retreating to $62 dollars per barrel in the previous week.

An upsurge in dollar inflows through the investors and exporters window of the foreign exchange market has also helped to cushion the FOREX reserves.

In the area of crude oil price, Brent is at its highest level in close to two weeks following a recovery in Asian shares and worries over tensions in the Middle East.

Brent crude was up 0.7 per cent, at 65 dollars, 30 cents per barrel after rising more than 3 per cent last week.

But in spite of the upside, trading is expected to be slower than usual this week, due to market holidays in the U.S. as well as China and India.