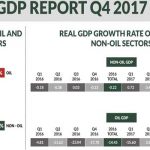 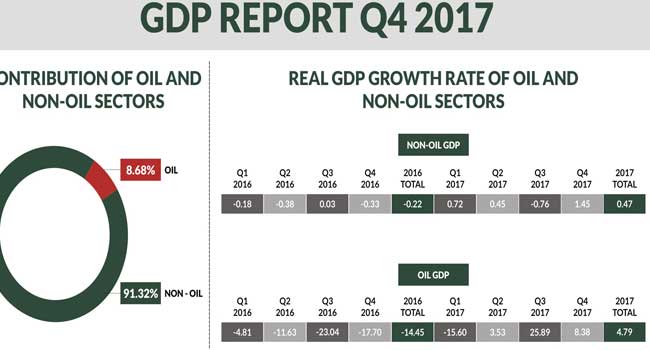 Nigeria’s Gross Domestic Product (GDP) has grown by 1.92 percent in the fourth quarter of 2017, maintaining its growth since the economy emerged from recession in the second quarter of 2017.

The aggregate GDP was also higher at 31.209 trillion naira in nominal terms, resulting in a nominal GDP growth of 6.99 percent.

The post Nigeria’s GDP Grows By 1.92% In Q4      appeared first on Channels Television.