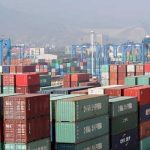 Nigeria’s manufacturing activity measured by the Purchasing Managers’ Index (PMI) is relatively flat at 54.7 in February, from 54.6 reading in January.

The latest report released on Thursday by FBNQuest shows all five sub-indices in positive territory.

FBNQuest believes this stability will continue, although January through to March, are relatively slow months in terms of naira liquidity, resulting in subdued consumer confidence.

Analysts also attribute the stability in the index to the experimental FX policy of the Central Bank of Nigeria (CBN).

The manufacturing sector continues to enjoy the benefits of the CBN’s exchange-rate reforms since greater FX availability translates directly into increased access to imported inputs.

“Manufacturing expanded by 5.0% q/q in Q4 2017. The two largest sub-sectors are food, beverages, and tobacco, and textiles, apparel, and footwear, which posted growth of 5.8% and 7.8% respectively,” the statement read in part.

However, data from the apex bank showed a weaker PMI of 56.3 points in February, against 57.3 reading in January.

Out of the 15 subsectors surveyed, 10 reported growth in the review month.

Production index reading came in at 57.8 up for the 12th consecutive month, while inventories index showed a growth of 58.1 in February.