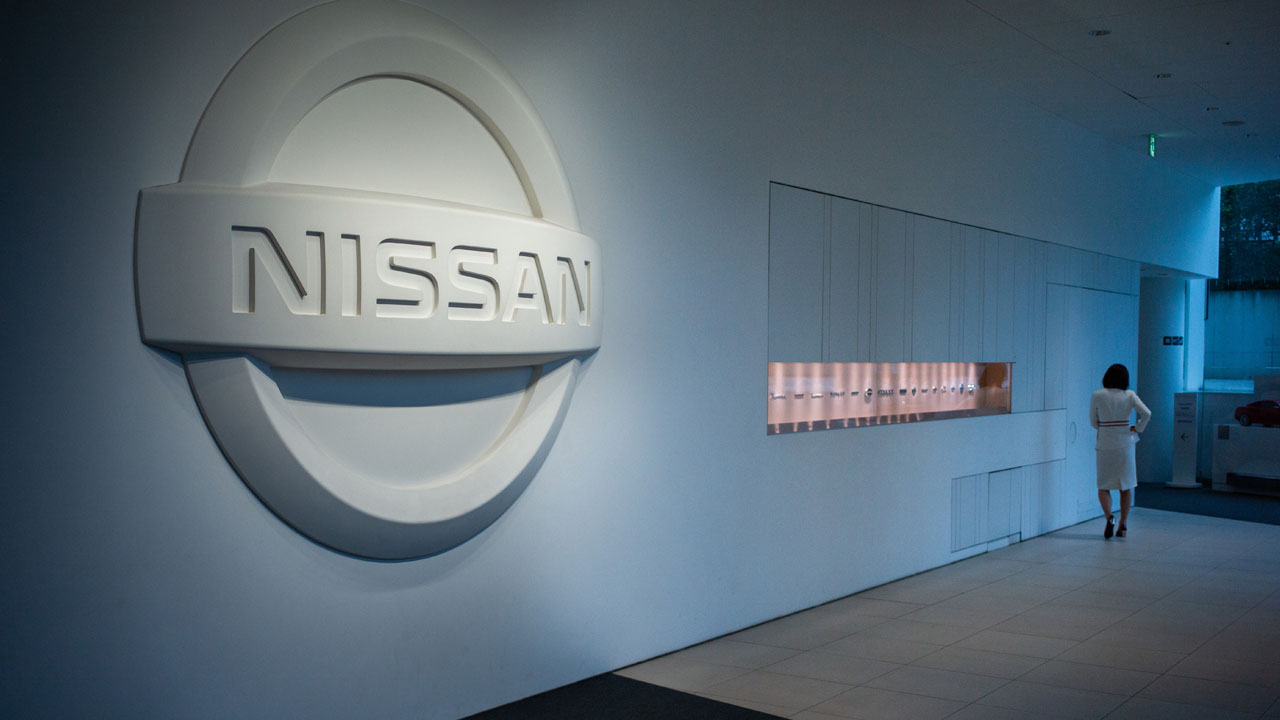 A woman walks in the showroom of the Nissan headquarters building in Yokohama on November 22, 2018. – Nissan board members looked set to oust disgraced tycoon Carlos Ghosn as chairman on November 22, after his spectacular arrest for financial misconduct sent shockwaves through the car industry and the business world.Ghosn. (Photo by Martin BUREAU / AFP)

The seven-person body suggested abolishing the position of chairman vacated by Ghosn, with an external administrator running meetings of the board, where independent members would hold the majority.

“I think it’s a bold proposal to remove the chairman’s position” which exists in many Japanese companies, Sadayuki Sakakibara, co-chairman of the advisory committee, told reporters on Wednesday.

The other co-chairman, Seiichiro Nishioka, said the main cause of the misconduct was “the concentration of the authority in Ghosn”.

“He created a situation in which it would be difficult to detect his pursuit of personal gain,” Nishioka added.

Nissan was rocked when Japanese prosecutors said Ghosn had deferred his salary by nine billion yen ($81 million) over a period of eight years. They also charged him with attempting to shift personal losses onto the company books.

In an emotional news conference on the dramatic night of Ghosn’s arrest on November 19, chief executive Hiroto Saikawa said his former mentor had held too much power alone.

Ghosn was swiftly removed as chairman and the advisory body set up to improve Nissan governance amid questions over how this could have happened at such a major company.

‘Very bad track record’
According to the Nikkei business daily, Sakakibara may be named as the external administrator tasked with running board meetings.

The 76-year-old is a former head of the powerful Keidanren business lobby and textiles firm Toray.

But Zuhair Khan, an analyst at investment bank Jefferies, said Sakakibara had a “very bad track record” and was “certainly not a role model for good governance”.

“He talks a lot about governance. But when he had the ability to really implement what he talks about, absolutely the opposite was done, there is a huge discrepancy,” Khan told AFP.

“This is really just the old Japan Inc trying to protect Nissan and its Japanese management,” added the analyst, a long-time critic of the firm’s governance.

The report stopped short of proposing the removal of Saikawa, even though questions continue to be raised about his role in the scandal.

Saikawa has said he only became aware of Ghosn’s alleged misconduct in late 2018 but sources close to the case say he knew long before that.

He is thought to have signed an agreement in 2012 mentioning a transfer of $40 million to Ghosn after his retirement. The same document also put lodgings in Beirut, Rio de Janeiro and Paris at Ghosn’s disposal.

The future of the three-way alliance between Nissan, fellow Japanese carmarker Mitsubishi Motors and French manufacturer Renault was the subject of further media speculation on Wednesday.

The Financial Times reported that Renault wanted to restart merger talks with Nissan “within 12 months” and then forge a tie-up with another group, possibly Fiat Chrysler.

The three-way tie-up, forged by Ghosn to save Nissan from the brink of bankruptcy, celebrated the 20th anniversary of its creation on Wednesday.

Ghosn himself was surprisingly released on bail on March 7 and has since taken up residence in Tokyo as he awaits his trial, expected after the summer.

His lawyer has said his client plans to hold a press conference towards the end of next month and continues to plead his innocence.