You are here
Home > Donald Trump > ‘No alternative’ to Iran deal, EU’s Mogherini tells US 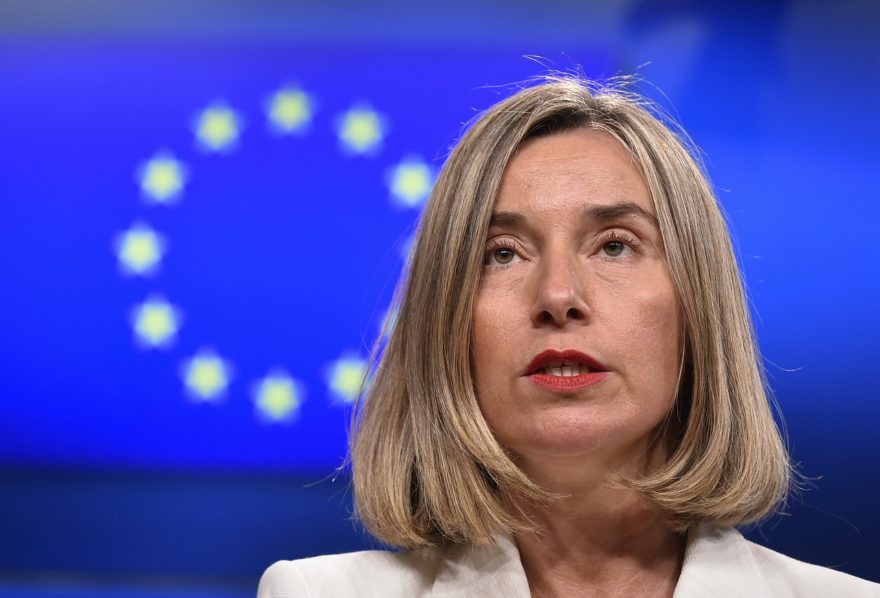 ﻿The EU’s foreign policy chief warned Monday there was “no alternative” to the Iran nuclear deal, after US Secretary of State Mike Pompeo vowed unprecedented sanctions against Tehran following Washington’s withdrawal from the pact.

Pompeo — a longtime Iran hawk and fierce opponent of the 2015 agreement — earlier outlined an aggressive series of “painful” measures designed to hurt Tehran, in his first key address since moving to the State Department from the CIA in April.

“Secretary Pompeo’s speech has not demonstrated how walking away from the JCPOA (nuclear deal) has made or will make the region safer from the threat of nuclear proliferation or how it puts us in a better position to influence Iran’s conduct in areas outside the scope of JCPOA,” the European Union’s foreign policy chief Federica Mogherini said.

In a statement, she stressed “there is no alternative” to the Joint Comprehensive Plan of Action, as the deal is officially known.

US President Donald Trump sparked an international outcry earlier this month when he announced his country would pull out of the landmark accord struck in July 2015 between Tehran and major world powers.

His move came despite the fact that the UN’s nuclear watchdog, in charge of monitoring Iran’s compliance with the deal, has confirmed that Tehran has so far abided by the terms.

Trump wants Brussels and others to support his hardline strategy and push for a fresh agreement.

“Iran will never again have carte blanche to dominate the Middle East,” Pompeo said, outlining 12 tough conditions from Washington for any “new deal” with Tehran.

But Mogherini called on the US to keep its commitments as part of the agreement signed under Trump’s predecessor Barack Obama.

“The JCPOA is the result of more than a decade of complex and delicate negotiations, based on dual track approach and therefore the best possible outcome, striking the right balance,” Mogherini said.

She reiterated that the International Atomic Energy Agency (IAEA) had confirmed already 10 times that Iran has implemented “all its nuclear related commitments” under the agreement.

The re-establishment of the US punitive measures will likely force European companies to choose between investing in Iran or trading with the United States.

The EU has been trying to persuade Iran to stay in the 2015 agreement, even without Washington’s participation.

German Foreign Minister Heiko Maas, attending the G20 foreign ministers’ meeting in Buenos Aires, said he was not surprised by Pompeo’s critique of the Iran deal, before adding: “We do not see at this time a better alternative.”

“We believe that without this agreement, we would take the risk that Iran resumes its nuclear program,” he said.

Maas said he will travel to Washington to talk with Pompeo this week.