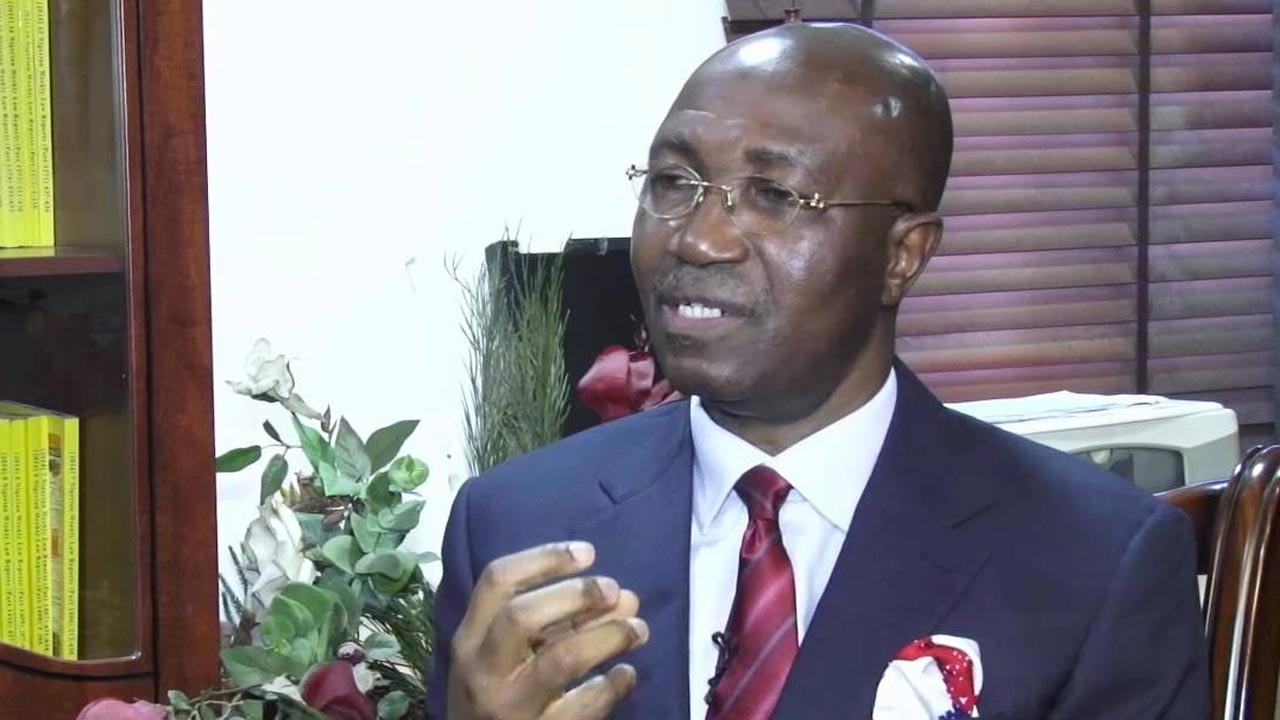 Chief Wole Olanipekun, a Senior Advocate of Nigeria, has said there is no justification for the Federal Government to push for the extradition of the lawmaker representing Ogun East Senatorial District at the National Assembly, Prince Buruji Kashamu.

Olanipekun, Kashamu’s lawyer, stated this in a letter written to the Attorney General of the Federation (AGF), Mr Abubakar Malami (SAN), sequel to a letter by the office of the AGF to the United States Embassy in Nigeria asking the embassy to make a fresh request to facilitate the commencement of new extradition proceeding against Kashamu since the courts had dismissed the one written in 2015.

The letter by the office of the Attorney General, written in 2016, became public after the judgment of the Court of Appeal, Lagos Division, in CA/L/1030/2015 and CA/L/1030A/2015, which overturned the decision the perpetual injunction of a Federal High Court restraining law enforcement agencies from arresting Kashamu.

But Olanipekun, in the letter dated May 30, 2018, said, “There cannot be any justification for the Nigerian government through the exalted office of the Attorney General of the Federation to push for the extradition of our client (Kashamu).

“There is nothing in any of the two judgments of the Court of Appeal warranting, calling for or signaling the extradition of our client either from within or without Nigeria, and more particularly, from the high office of the Chief Law Officer of our dear country.”

Olanipekun, a former president of the Nigerian Bar Association (NBA), stressed that the Court of Appeal did not dismiss any challenge by Kashamu to his extradition proceedings.He also noted that the Court of Appeal did not set aside the far-reaching pronouncements made in Kashamu’s favour by the lower courts.He added: “In effect, the very crucial finding of the High Court that the Honourable Attorney General of the Federation lacks the vires and jurisdiction to either entertain an extradition request or commence extradition proceedings against our client based on allegations from which he had previously been exonerated by two British courts in 2000 and 2003, remain subsisting and extant.”

Olanipekun stated that since Kashamu, had appealed the Court of Appeal judgment to the Supreme Court, the Federal Government could not commence any fresh extradition suit. According to Olanipekun, the FG was part and parcel of the extradition proceedings against Senator Kashamu in the two British courts “as two top officers of the NDLEA, that is Dan Asabe, Director of Operations, and Femi Oloruntoba, Director of Prosecutions travelled to London to give evidence for the prosecution on the second extradition proceedings brought at the instance of officials of the United States in 2000.”

According to Olanipekun, the judgment of the two British courts “are judgments in rem, binding on all persons and parties to the proceedings, including, but not limited to the Nigerian government, the British government, the INTERPOL, the Honourable Attorney General of the Federation, the NDLEA, etc.”

He added: “With further respect, we wonder if any country in the world would push for the extradition of its citizen in the peculiar and glaring circumstances of this case.”Our final instruction is that the high office of the Attorney General of the Federation should put a stop to the intimidation or any further molestation of our client on this subject, either by way of inviting a foreign country to make an application for the filing of an extradition proceeding or the commencement of any fresh extradition proceeding.”