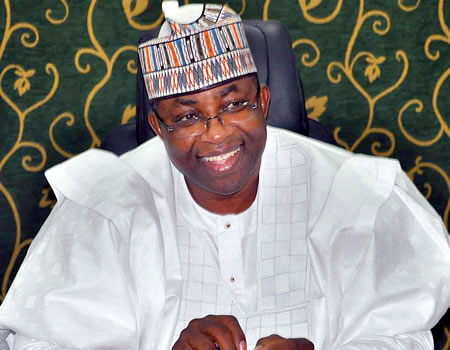 Bauchi State Government has denied the allegations that it is planning to implement the N30,000 mini wage as well  recruit 8.000 teachers as claimed by the Governor-elect, Senator Bala Mohammed Abdulkadir.
The state government in a press statement signed by the Special Adviser to the Governor on Media and Strategy, Ali Mohammed Ali stated there is no any iota of truth in the claim describing it as mere allegations.
The statement reads,  “Our attention has been drawn to the usual fantastic claims of the incoming PDP government that the outgoing government of MA Abubakar plans to implement the new minimum wage of N30,000 and also recruit 8,000 teachers in the coming days. These are absolute falsehoods being peddled by the government in waiting”.
The statement further contained that, “It is manifestly clear that the hawking of half-truths and paddling outright lies are the hallmarks of the opposition PDP. This latest misrepresentation is a clear testimony. Until May 29th, Governor MA Abubakar remains the Chief Executive of Bauchi state and reserves the right to hire or fire”.
“But just to refute and educate information handlers of the incoming administration, the issue of minimum wage is on the exclusive legislative list. In simple language, it is a Federal Government matter. As such it is preposterous to suggest that the MA Abubakar’s administration plans to implement what is legally impossible”, the statement concluded.
In the same vein, the Bauchi State Government has reacted to the allegations by the Governor-elect that it is planning to incur new debts before the May 29th handover date describing the allegations as mere allegations and figments of the imagination of the Governor-elect.

While denying all the allegations in a telephone interview with newsmen from his Kaduna base, the State Commissioner of Information, Ibrahim Sade said that all the allegations are aimed at tarnishing the image and good reputation of the Governor, Mohammed Abubakar and his APC led administration.
The Commissioner of Information denied all the allegations saying they are “false and unfounded. As far as we are concerned, we have not employed anybody and we are not planning to employ anyone before the end of this administration, even a single person has not been employed. They are mere insinuations”.
He added that, “Go and check the financial records of the incomes and expenses of the state and you will see. They just want to soil the administration and portray it in a bad light to the public. Our Governor is a Lawyer and he knows the implication of doing that and he will not do such. These are false allegations they are making to get public sympathy where there is none.”
He then assured that the APC led administration is determined and committed to good governance pointing out that the transition between the administration and the incoming one will be very smooth for the overall development of the state.
It will be recalled that the Governor-elect, Bala Mohammed Abdulkadir through his Spokesperson, Ladan Salihu on Thursday has raised an alarm that they have uncovered moves by the APC led the administration to incur new debts before handing over governance to the new administration.