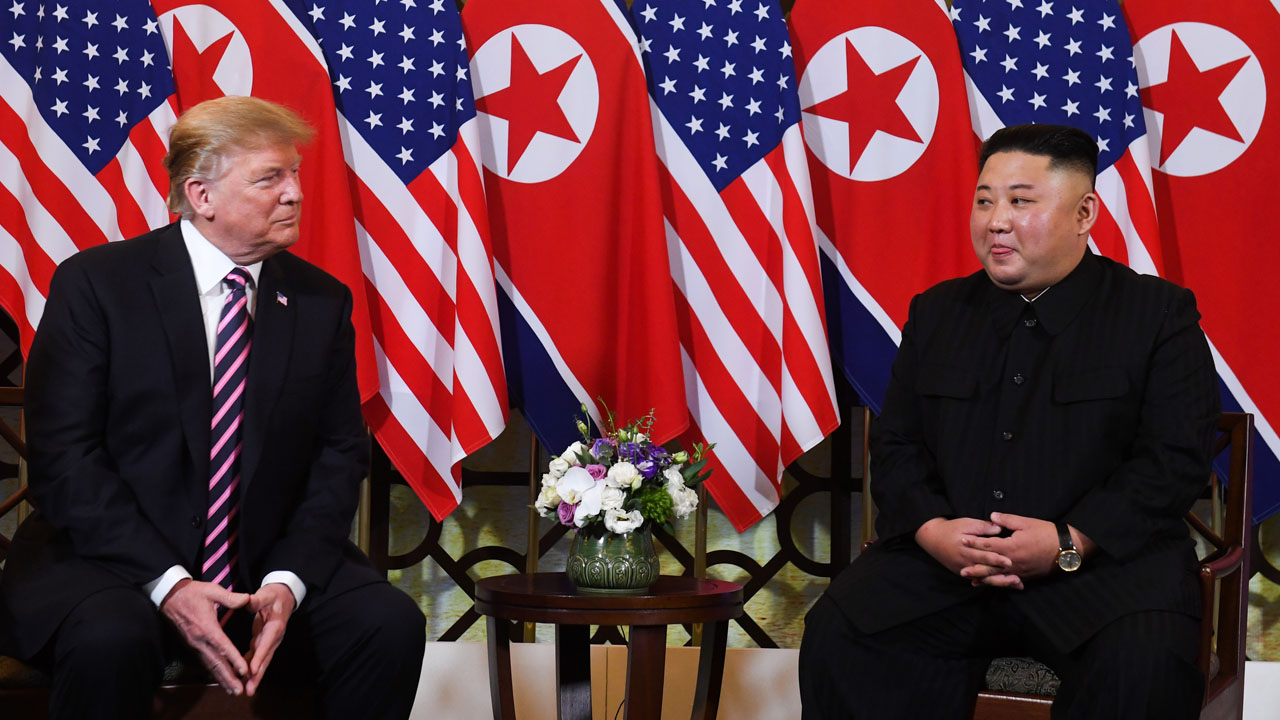 “We have no intention to yield to the US demands in any form, nor are we willing to engage in negotiations of this kind,” the Russian news agency cited vice foreign minister Choe Son Hui as saying.

Kim would soon make an official statement on the actions his country would take, Choe told reporters and foreign diplomats in Pyongyang.

The North’s warning came amid concerns over its satellite rocket launch site, where some rebuilding activity has been observed in recent weeks, triggering international alarm that Pyongyang might be preparing a long-range missile or space launch.

Any launch would send the stuttering talks on denuclearisation into disarray after the Hanoi summit broke up without agreement.

Choe blamed the US for the failure, saying that Secretary of State Michael Pompeo and National Security Adviser John Bolton “created the atmosphere of hostility and mistrust” and “obstructed” Kim and Trump’s “constructive effort”.

“As a result, the summit ended with no significant result,” said the North Korean diplomat, who was present in Vietnam.

It is a change of tone from Pyongyang, after both sides expressed their willingness to carry on the discussion process following the Hanoi meeting.

Seoul’s presidential office sought to play down the comments, saying it was “premature to assess the current situation only with Choe’s remarks”.

South Korea will continue to work for the resumption of talks, it added.

Washington wants what administration officials have called a “big deal”, with the complete elimination of weapons of mass destruction in return for the dropping of sanctions that have hit the isolated North’s economy.

Pyongyang favours a more step-by-step approach, with Kim proposing dismantling facilities at its Yongbyon nuclear complex in exchange for lifting the main sanctions — an offer Trump refused in Hanoi despite the vaunted “chemistry” between the pair.