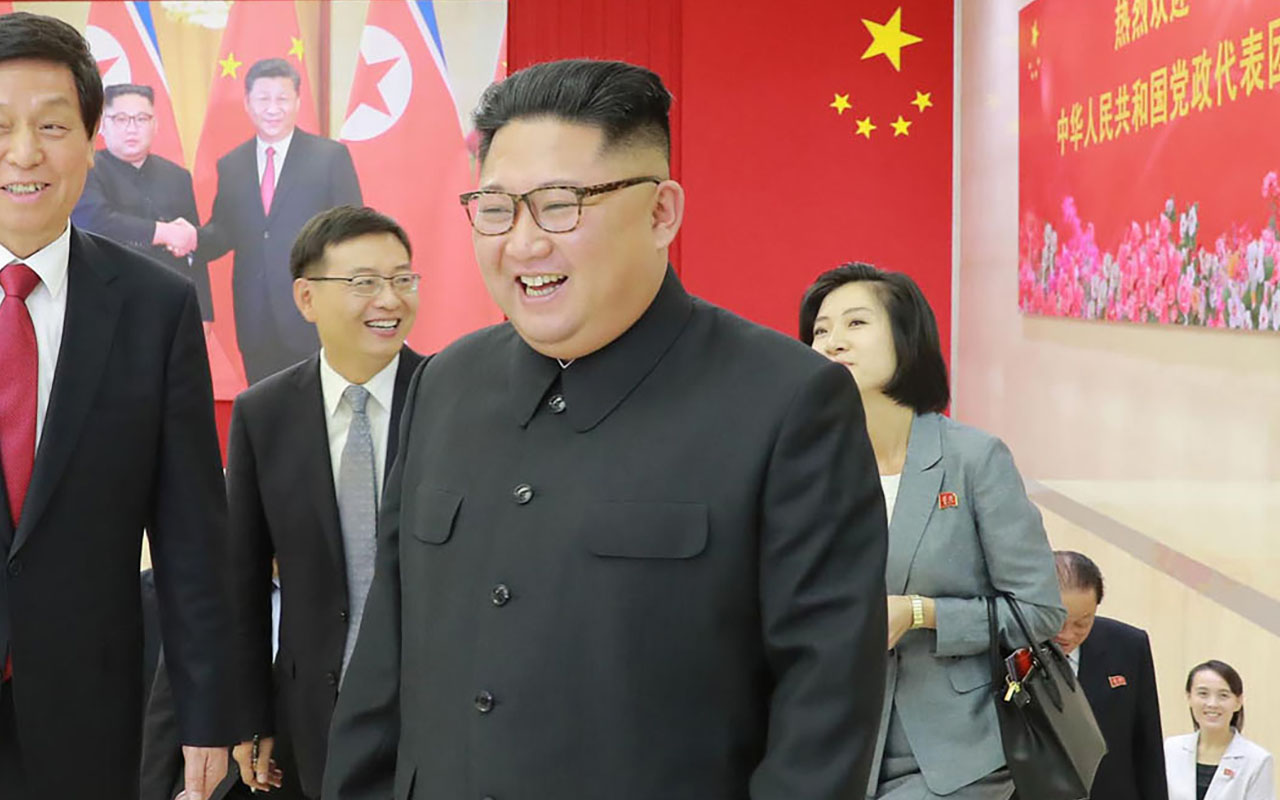 North Korean leader Kim Jong Un was in China Tuesday on an unannounced visit for talks with President Xi Jinping, as preparations ramp up for an expected second summit with Donald Trump.

China is the isolated, nuclear-armed North’s key diplomatic ally and main source of trade and aid, and the visit is likely to heighten speculation about the potential meeting with the US president, as Kim could coordinate his strategy with Xi.

The North Korean leader, accompanied by his wife Ri Sol Ju and several senior officials, set off from Pyongyang station on board his private train on Monday, the Korean Central News Agency reported.

The trip is at Xi’s invitation and set to run over four days until Thursday, according to KCNA and China’s official Xinhua news agency.

The visit comes a week after Kim warned in a New Year’s speech that Pyongyang may change its approach to nuclear talks if Washington persists with sanctions.

“Both Xi and Kim see value in coordinating their positions in advance of Trump-Kim summits. That appears to be a pattern,” Bonnie Glaser, a senior adviser at the Center for Strategic and International Studies, told AFP.

While China and Russia have said the United Nations should consider relaxing sanctions on North Korea, Trump insisted Sunday that they would remain “in full force and effect” until the US sees “very positive” results in the nuclear issue.

Kim’s trip also coincides with the second day of talks between US and Chinese officials in Beijing aimed at resolving their trade war — China has in the past rejected the notion that it was using the North Korean issue as a bargaining chip in the negotiations.

“Xi also gains from a summit with Kim — and the timing could not be any better,” said Harry Kazianis, director of defence studies at the Center for the National Interest, a US think tank.

“With Chinese and US officials meeting to discuss how to end the growing trade war between the two superpowers, it shows Beijing clearly has a North Korea card to play if it sees fit.”

Kim — whose birthday is reportedly on Tuesday, although that has never been confirmed by Pyongyang — visited China three times last year to pay his respects to Xi.

Until his first trip in March, Kim had not met Xi in the six years after inheriting power from his father, as relations between the neighbours, once described as close as “lips and teeth”, deteriorated.

But a whirlwind of diplomacy enveloped the Korean peninsula last year, with Kim also meeting the South’s President Moon Jae-in three times, and culminating in his high-profile Singapore summit with Trump in June.

None of Kim’s 2018 trips to China were announced in advance, and the earliest indications of the first one — before Kim met either Moon or Trump — came when his train was spotted in Beijing.

Trump summit
At the Singapore summit, Kim and Trump signed a vaguely worded pledge about the denuclearisation of the Korean peninsula, but progress has since stalled amid disagreements over what that means, with meetings and visits cancelled at short notice.

Negotiations were under way on the location of their next meeting, Trump said Sunday, while remaining evasive on its timing.

The US president said last week he had received a “great letter” from the North Korean leader but declined to reveal its contents.

Washington is demanding Pyongyang give up its nuclear arsenal before any relief from economic sanctions is granted, while the North is insisting on immediate concessions from the US.

Culminating in late 2017, Pyongyang carried out six nuclear tests and launched rockets capable of reaching the entire US mainland, but has now carried out no such tests for more than a year.

In the Chinese border city of Dandong, dozens of security vehicles and officials blocked the roads around the train station on Monday before the train passed through, Yonhap reported, before reopening them afterwards.

Japan’s Kyodo news agency added that hotel guests in Dandong had not been allowed to enter rooms facing the river that forms the border on Monday afternoon, in what it cited sources describing as “an apparent move to prevent the train from being seen”.

Seoul “expects that high-level exchanges between the North and China… will be able to contribute to the complete denuclearisation and establishment of permanent peace on the Korean Peninsula”, a South Korean foreign ministry official said Tuesday, according to Yonhap.