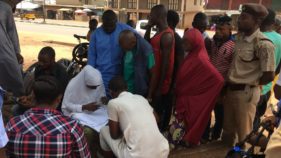 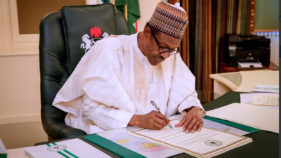 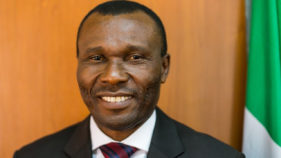 U.N. chief says there is “hope” in North Korea negotiations

U.N. chief says there is “hope” in North Korea negotiations 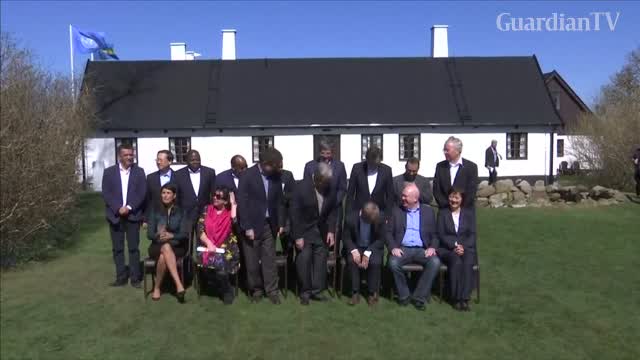 North Korean leader Kim Jong Un is ready for dialogue with Japan “any time”, Seoul’s presidential office said Sunday, as concerns grow in Tokyo that it is being sidelined from the reconciliation drive with Pyongyang.

Kim met South Korean President Moon Jae-in for a historic summit on Friday at the border truce village of Panmunjom — becoming the first leader from the North to set foot in the South after the 1950-53 Korean War.

The summit — only the third-ever between the leaders of the two neighbours — came ahead of Kim’s planned meeting with US President Donald Trump after months of tensions sparked by North Korea’s nuclear and long-range missile tests last year.

Japan — a key US ally in Asia — has long maintained a hardline position on negotiations with Pyongyang, but has found itself left on the sidelines of the recent whirlwind diplomatic activity.

Hawkish Japanese Prime Minister Shinzo Abe had earlier informed Seoul of his intention for talks with the North — a message Moon relayed at Friday’s summit with Kim, the South Korean president’s spokesman said.

“President Moon told Kim that Prime Minister Abe had an intention talk to the North and… normalise diplomatic ties between the North and Japan,” Kim Eui-kyeom told reporters.

“And Kim said that the North was willing to talk to Japan any time,” he said, adding that Moon told Abe about the North Korean leader’s response in a phone conversation Sunday morning.

Abe said Tokyo would seek to create “an opportunity to talk to the North”, with Moon’s help if necessary, and the South’s leader said he would be “happy to build a bridge” between the two nations, according to the spokesman Kim.

The Japanese premier had cautiously welcomed the inter-Korea summit but urged Pyongyang to take “concrete action” toward nuclear disarmament.

Tokyo had also earlier called for Seoul to address at the inter-Korea summit the issue of Japanese citizens kidnapped by the North — a major domestic issue in Japan — but Moon’s office did not mention the topic on Sunday.

Japan has demanded that Pyongyang provide information about its abducted citizens, believed to have been taken to provide language training to North Korean spies.

The two Koreas share resentment toward Tokyo’s brutal 1910-45 colonial rule of the peninsula, and the North has regularly threatened to attack Japan, which is well within the range of Pyongyang’s missiles.