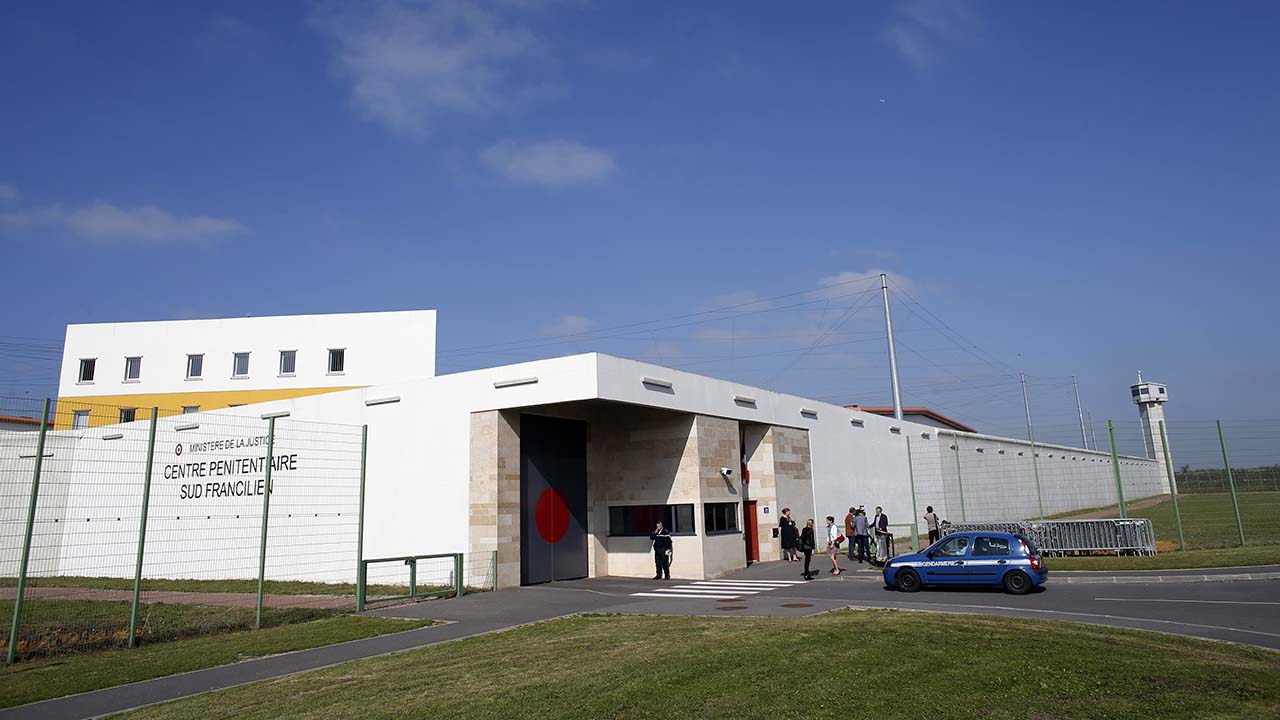 (FILES) This file photo taken on September 24, 2013 shows the entrance of the Sud-Francilien prison in Reau, outside Paris.<br />French armed robber Redoine Faid has escaped from prison in Reau on board of a helicopter on July 1, 2018. / AFP PHOTO / Thomas SAMSON

Redoine Faid, 46, broke out of the prison in Reau in the city’s southeastern suburbs within minutes, sources close to the case said, indicating he had been helped by a number of heavily-armed men.

It was the second time Faid has pulled off a spectacular jailbreak — in 2013, he blasted his way out of a prison in northern France using dynamite before being recaptured six weeks later.