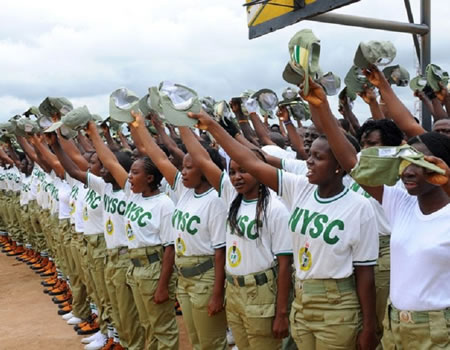 The state NYSC Coordinator, Mrs Eniola Ambekemo, gave the advice in a statement made available to the News Agency of Nigeria (NAN) in Ibadan.

Ambekemo said the warm reception would help make the prospective corps members feel loved, relaxed and increase their morals to serve effectively in all the nooks and crannies in the state.

She also enjoined the National Union of Road Transport Workers (NURTW) in the state not to hike the transport fares during this period but to accommodate the corps members in love.

“The 2019 Batch `A’ orientation exercise has been scheduled to commence nationwide from Wednesday, March 27 to Tuesday, April 16, 2019.

“Over 2,000 corps members will participate in Oyo State at the NYSC Permanent Orientation Camp, Iseyin.

“It’s expected that Gov Abiola Ajimobi of Oyo State will preside over the official opening/swearing-in ceremony on Friday, March 29 at 10 a.m. He would also declare the orientation course open.

“The administration of the oath of allegiance will be performed by His Lordship, the Chief Judge of Oyo State, Justice Muktar Abimbola.

“It’s good for us to accommodate them because many of them are coming to Oyo State for the first time.

“All our stakeholders and security agencies are to ensure the welfare and security of these young graduates who are expected to serve their fatherland in the Pacesetter state, ‘’Ambekemo said.

The NYSC coordinator expressed the hope that the orientation course would be safe as well as a successful one in Oyo State and other states of the federation.