Although former President Olusegun Obasanjo has distanced himself from the second term of President Muhammadu Buhari, Olujuwon, one of his sons, visited the president at Aso Rock on Thursday.

Olujuwon, who had earlier declared support for the reelection of Buhari, held a meeting with the president at his official residence at the presidential villa.

The son of the elder statesman first declared his interest in Buhari’s reelection in September when he wrote a letter to the Buhari Campaign Organisation.

“Dear Sir, please find attached a statement of my public declaration and support for the 2019 second term re-election bid of our highly esteemed President Buhari,” the letter read. 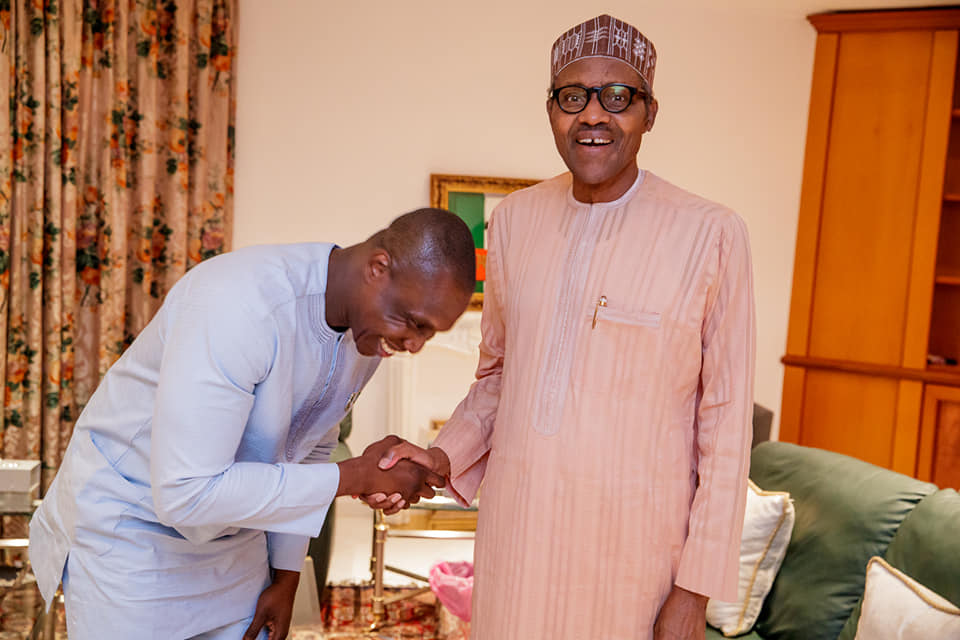 “I have taken a personal decision to release the statement and to notify you of my availability to work for the re-election of our dear President Muhammadu Buhari with sincerity and loyalty. Please accept my assurances of the highest regards.”

Olujuwon subsequently visited the head office of the campaign organaisation in Abuja.

His father has not hidden his opposition to the reelection of Buhari.

In January, he released a strongly-worded statement where he advised the president to forget about another term.

Obasanjo accused Buhari of shielding some corrupt persons around him and also favouring a section of the country against the other.

The former president is yet to speak publicly about the action of his son.